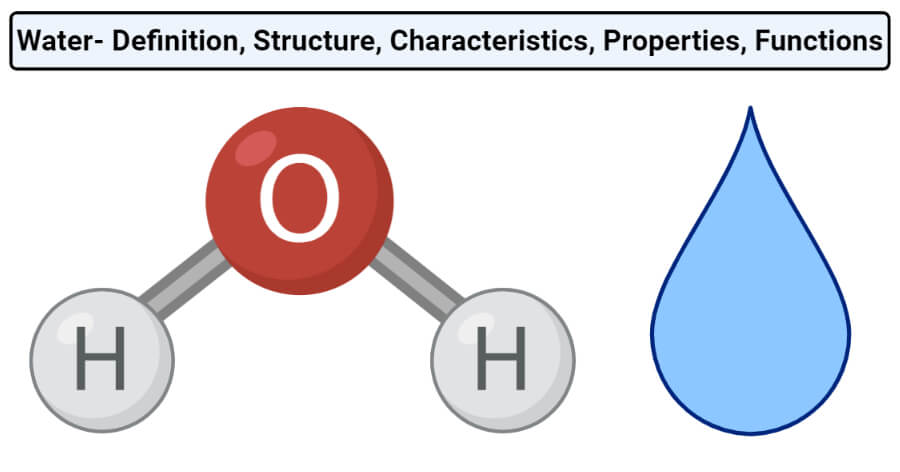 Water is an inorganic liquid chemical that is colorless, odorless, tasteless that makes up most of the Earth’s hydrosphere and the fluids in the body of all living beings.

In the gaseous phase

In the liquid phase

The solvent action of water

Some biological functions of water are listed below: