Twins are of two basic types:

Identical twins are produced from a single fertilized ovum. The two blastomeres resulting from the first cleavage (mitosis) of the fertilized egg or zygote separate from each other and develop into independent embryos.

Since, the two embryos have arisen by mitosis; they have the same chromosome sets in their body cells.

Known Factors that Increase the Odds of having Twins

Some women are more likely than others to give birth to twins. The factors include: 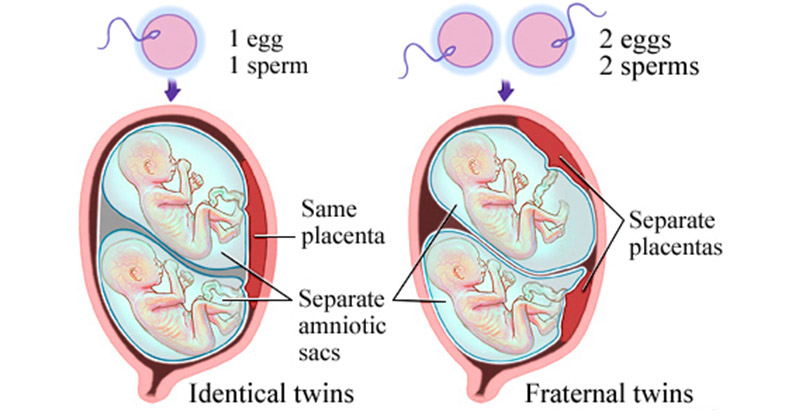