The sulfur cycle is a biogeochemical cycle consisting of various processes that together enable the movement of sulfur through different reservoirs like the atmosphere, biosphere, and lithosphere. 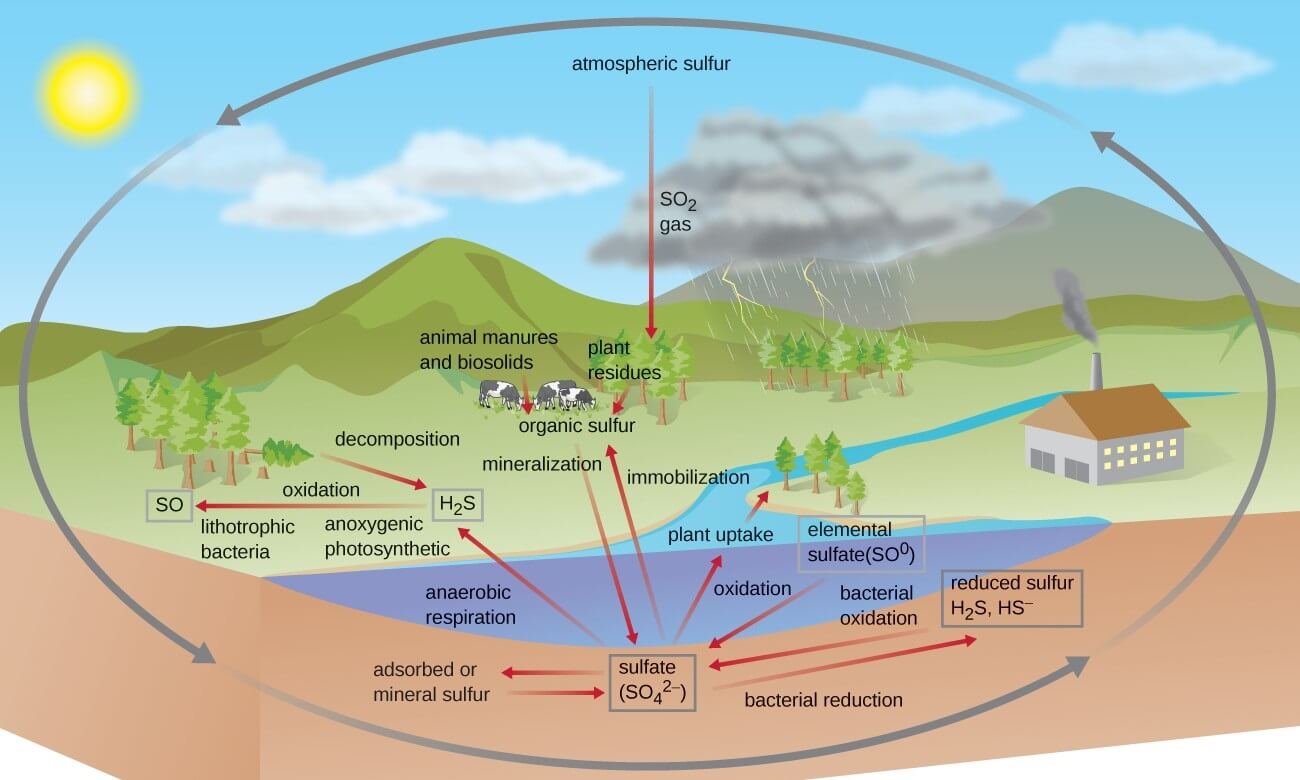 The sulfur cycle consists of various terrestrial and atmospheric processes consisting of different oxidation and reduction reactions. The following are the steps involved in the sulfur cycle:

The following are some of the examples of reservoirs of sulfur that are involved in the sulfur cycle;

Human impacts on the Sulfur Cycle