Simple diffusion is a type of passive transport which, as the name suggests, is simply the movement of solute which occurs when its electrochemical potentials on the two sides of a permeable barrier are different.

How does simple diffusion work? 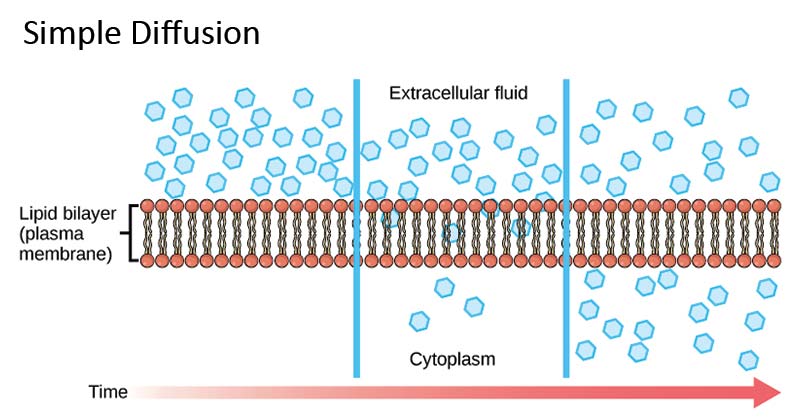 The concept of simple diffusion is applied in various fields like the food, medicine, and environment