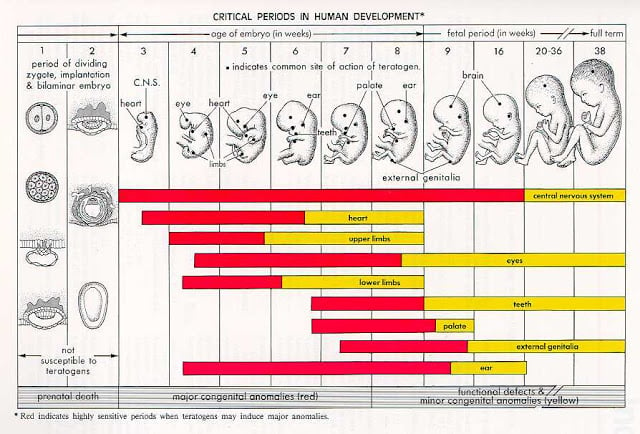 (a) Embryonic period and

(a)  pre-embryonic period (germinal stage) and

It extends from conception (fertilization) to the end of the second week of intrauterine life (IUL).

The morphogenic events during this period include:

The morphogenic events during this period include:

The prenatal period ends with parturition and is followed by a long postnatal period. Only at about age 25 years are the last progressive changes completed.