Platyhelminthes are triploblastic, bilaterally symmetrical, dorsoventrally flattened, acoelomate flatworms with organ grade of construction without a definite anus, circulatory, skeletal or respiratory system but with Protonephridial excretory system and mesenchyme filling the space between the various organ of the body. 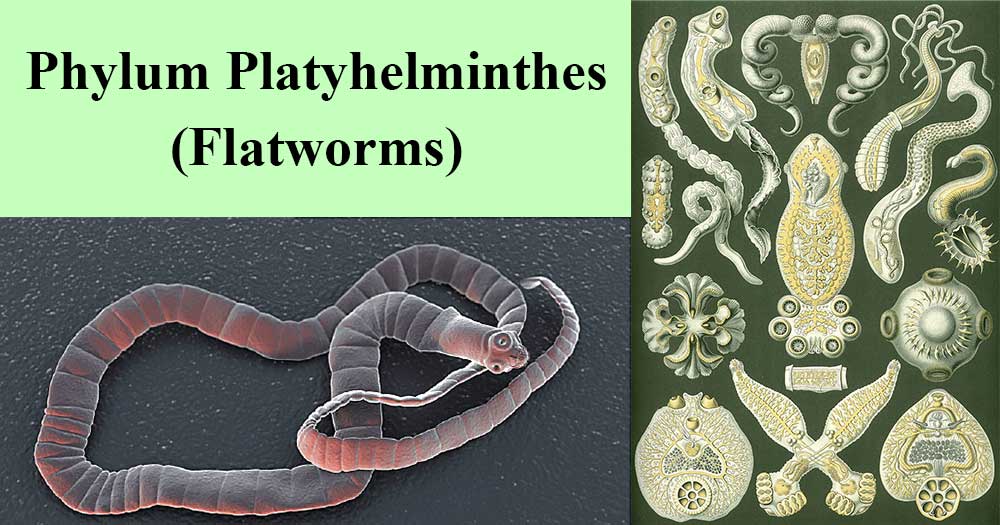 The classification is from Hyman, L.H., (1951) up to suborder only with certain modifications.