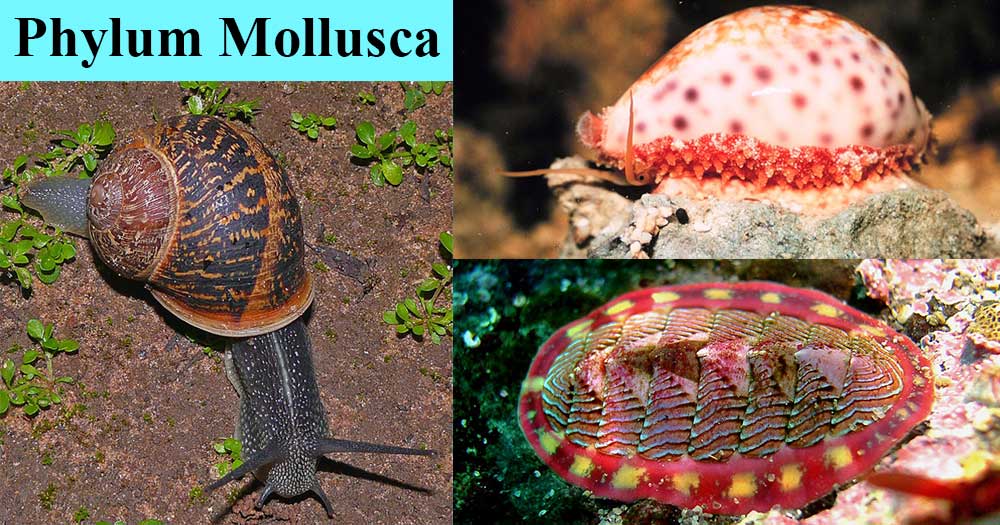 Mollusca (mollusks) are classified into 6 classes according to their symmetry and the characters of food, shell, mantle, gills, nervous system, muscles, and radula.