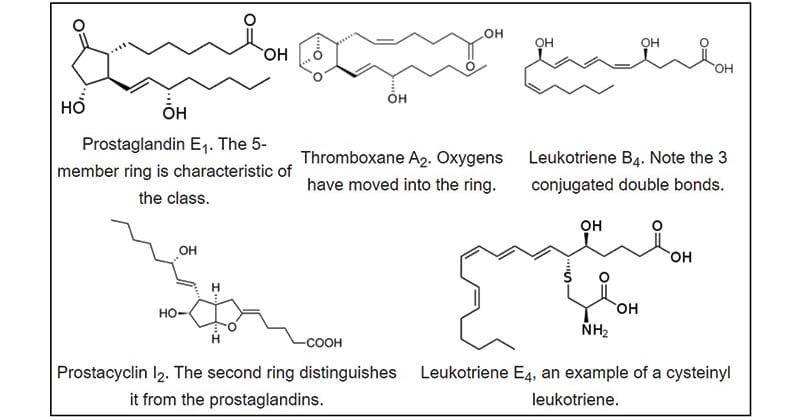 4 major classes of Eicosanoids are as following:

Prostaglandins are synthesized in the prostate gland and are generally act locally at nearby tissues. They are unstable, metabolized rapidly to inactive products at the site of action. Therefore, there is no significant concentration of prostaglandins in blood. Prostaglandins have various biological functions that include stimulation of smooth muscle contraction of the uterus, the effect on the flow of blood to specific organs, inflammation, fever, pain, and the wake-sleep cycle and other biological functions.

Thromboxanes are synthesized from platelets(thrombocytes) and usually have a 6-membered ring that contains an ether. Thromboxanes have a function in causing clotting of blood and decrease the flow of blood towards the clot.

Leukotrienes are synthesized basically in leukocytes. The leukotrienes have 3 conjugated double bonds. These can act as strong biological signals. For instance, Leukotriene D4 causes smooth muscle contraction that lines the airways to the lung. The adverse effect of increased production of leukotrienes includes asthmatic attacks.

Lipoxins are formed through Lipoxygenase interactions. Lipoxins are linear eicosanoids similar to leukotrienes. They have many hydroxyl groups in the chain that is the distinguishing feature of Lipoxins. Lipoxins are generally have the potential to cause anti-inflammatory activity and its production is enhanced in response to aspirin. 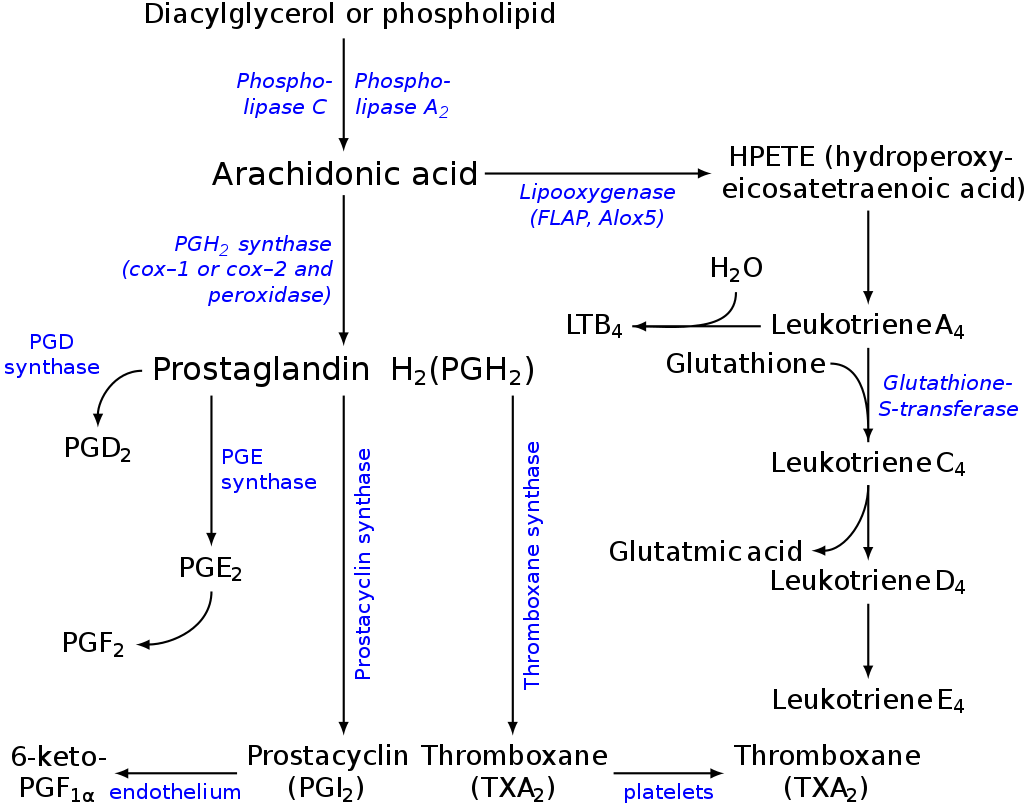 Figure: Pathways in the biosynthesis of eicosanoids from arachidonic acid: there are parallel paths from EPA & DGLA. Source: Wikipedia.

There are two major pathways involved in eicosanoid synthesis:

COX-2 causes an increase in the production of prostanoids in the presence of inflammation and at sites of chronic disease. However, COX-2 is expressed constitutively in tissues of the brain, bone, and kidney.