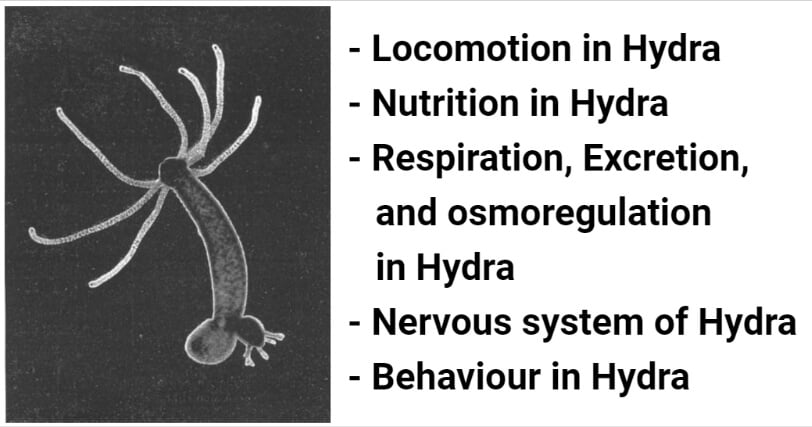 Hydra shows the movement of the following types: 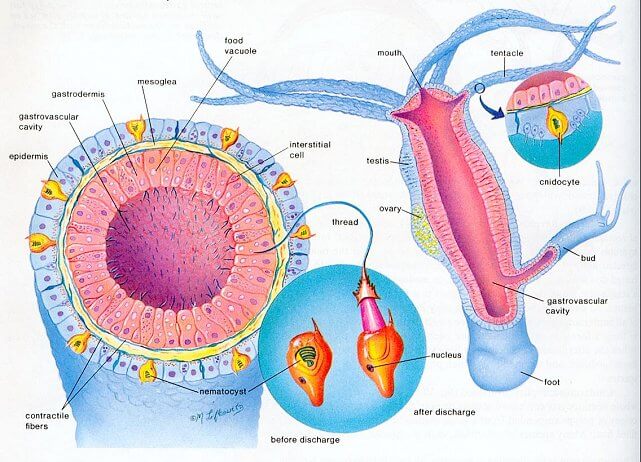 Respiration, Excretion, and osmoregulation in Hydra 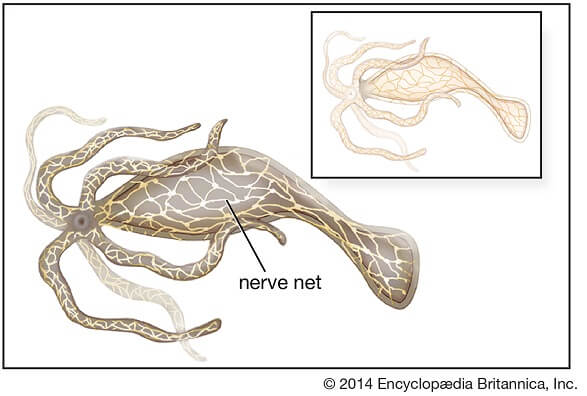 Hydra reacts to various kinds of internal as well as external stimuli. The behavior of Hydra depends on its physiological state, in a well-fed Hydra the stimuli responses slow and sluggish, but a hungry Hydra will respond vigorously to the same stimuli. However, Hyrda responds to various stimuli in the following ways: 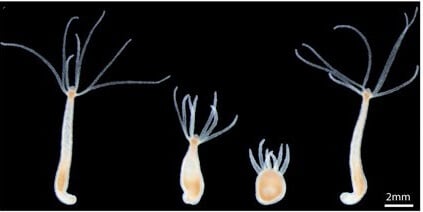