Habit and Habitat of Earthworm 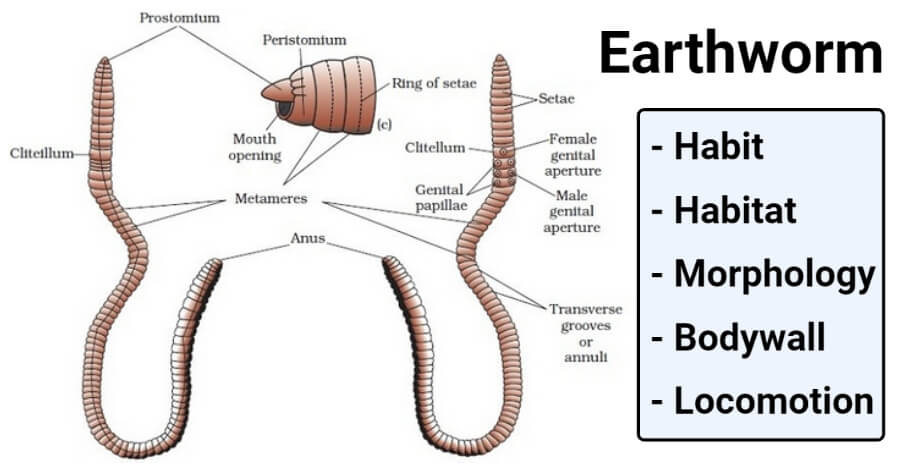 A. Shape and size

It divides the body into 3 regions such as:

3. Post-clitellar region: from 17th up to the posterior region. 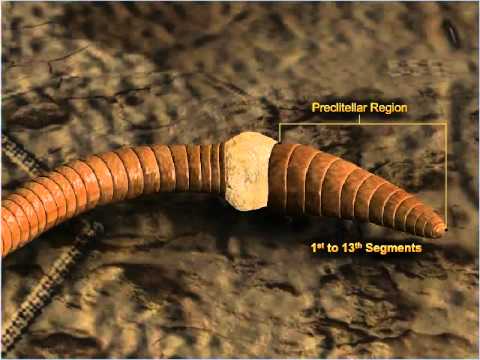 The body wall of an earthworm is very thin, soft, shiny, elastic, and highly vascular. It consists of:

a. Supporting cells- These are long columnar cells and are a major part of the epidermis. They have an oval nucleus nearly in the middle.

b. Gland cells- These are thicker consisting of numerous mucous cells and few albumen cells with secretory granules. These cells are situated between supporting cells and are of 2 types:

i. The mucous cells

These are narrow, columnar cells occurring in groups. These contain hair-like processes at their outer free ends and sensory in function. And these cells are also known as epidermal receptor cells.

The function of the body wall of Earthworm