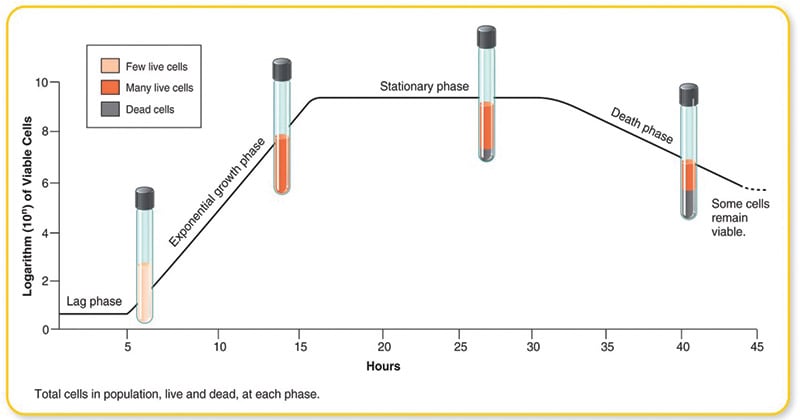 When bacteria are inoculated into a liquid medium and the cell population is counted at intervals, it is possible to plot a typical bacterial growth curve that shows the growth of cells over time. It shows four distinct phases of growth.

Turbidimetric determination is useful for plotting growth curves of bacteria in broth or liquid media. It is one of the simplest methods used to analyze trends in growth because it uses a spectrophotometer to track changes in the optical density (OD) over time. In other words, as the number of cells in a sample increase, the transmission of light through the sample will decrease.

Alternatively, 50-100 µl of formaldehyde can be added to all the 1 ml aliquots of culture suspension taken after every 30 minutes. Optical density of all the aliquots can be taken at the end of the experiment.