Amino acids and their structure

Proteins are macromolecules made up of monomers called amino acids. Amino acids are the building block of all proteins.

The general formula for an amino acid is:

Proteins are highly complex macromolecules consisting of one or more long chains of amino acids linked together by peptide bonds. 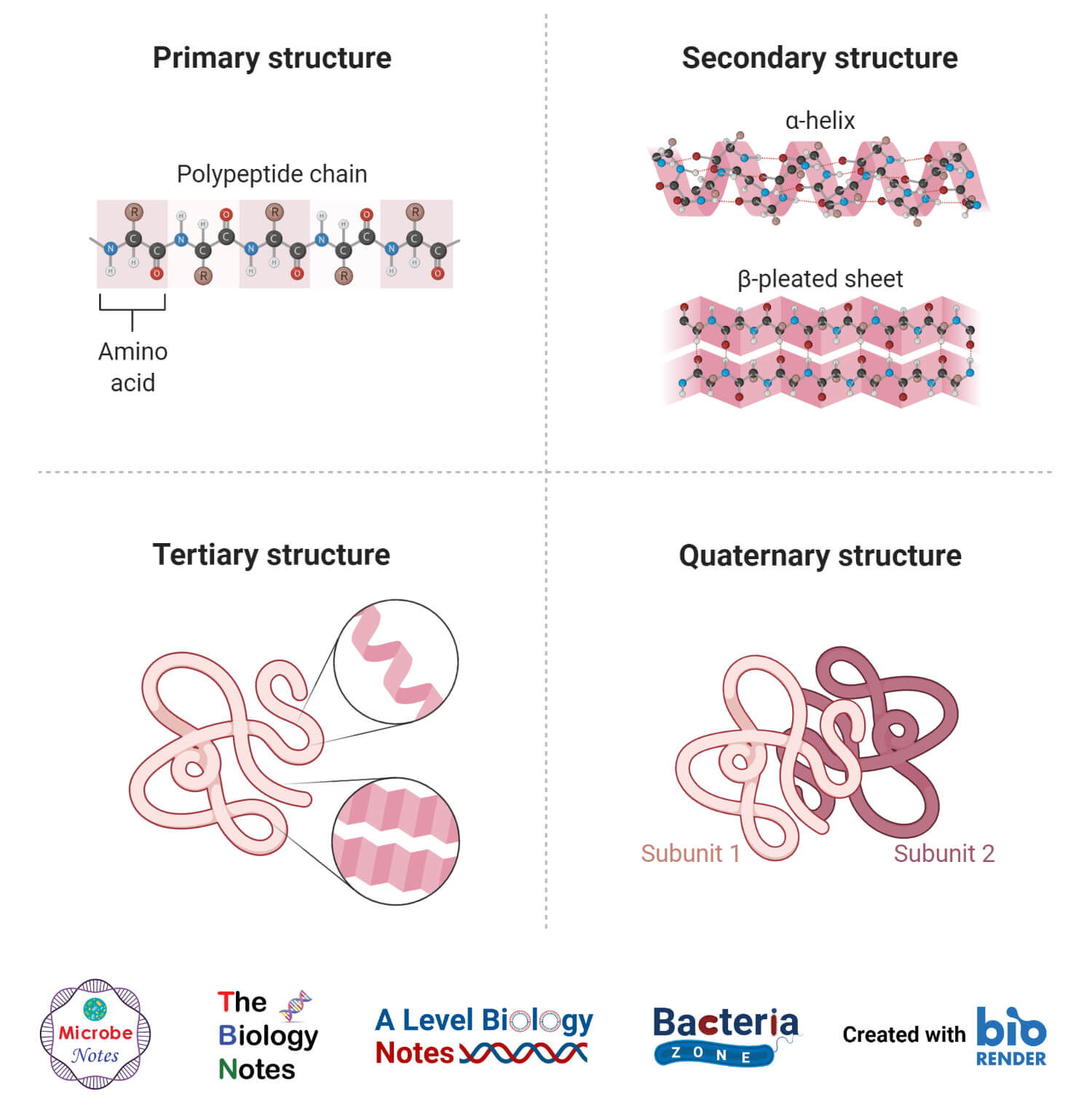 -C=O∙∙∙∙∙∙∙∙∙∙∙∙HN-
The dotted line between oxygen and hydrogen atoms in peptide linkage represents a hydrogen bond.

Proteins are essential biomolecules that are critical to life and to perform various activities. Some of the important biological roles of proteins are: