Vorticella (L.,vortex=whirl pool) is a microscopic, unicellular eukaryotic ciliate. It occurs as a sessile attached by a stalk to the substratum. Its body is almost bell-shaped or campanulate with a free anterior end surrounded by cilia. The commonest species is Vorticella campanula. Some of the species included in this genus are V. microstoma,  V. picta, V. nebulifera, V. monliata. 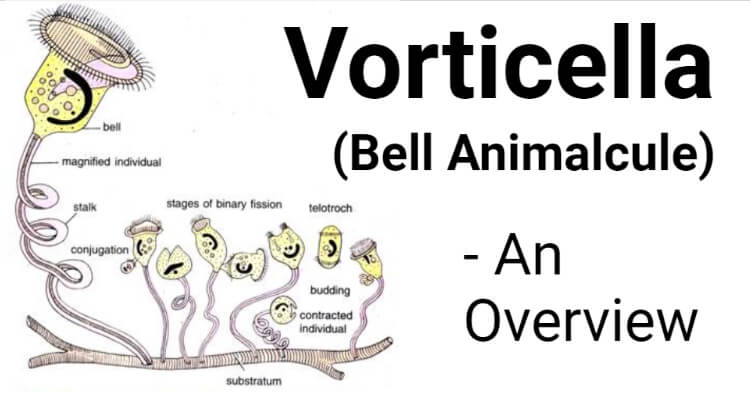 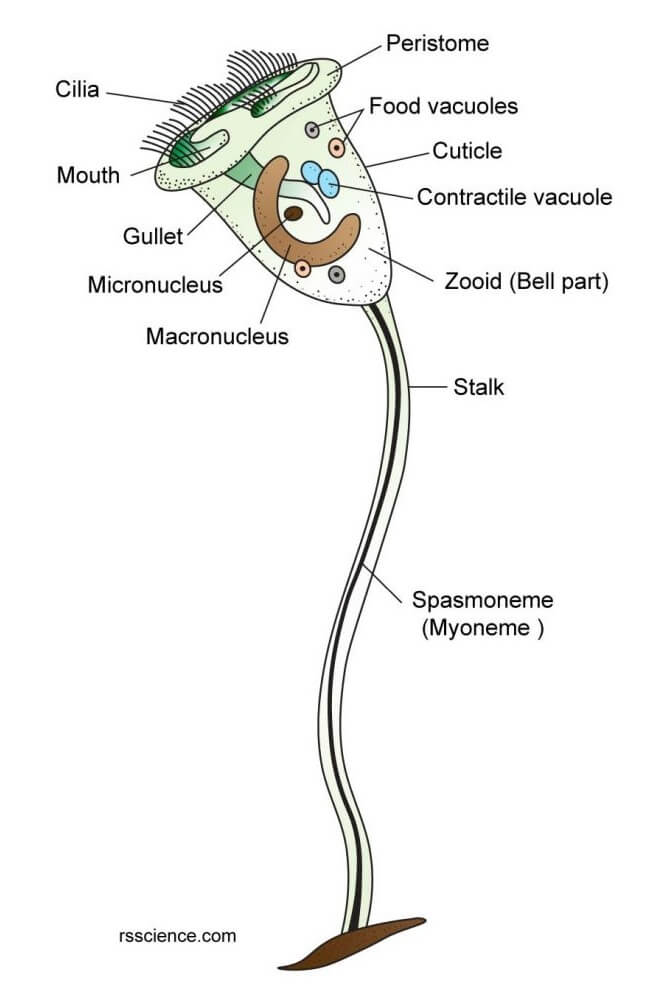 The body of each individual is shaped like a solid inverted bell. The detailed structure of the bell is as follows

It has no trichocysts. It consists of an elastic outer pellicle and a thicker inner layer of contractile fibers or myonemes. 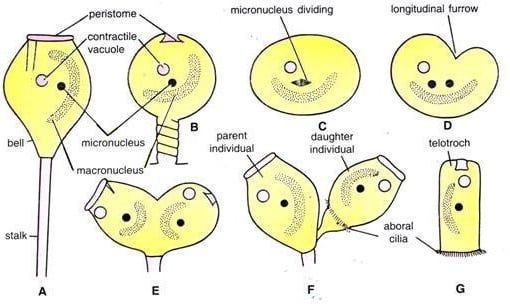 a. Formation of micro and macroconjugants 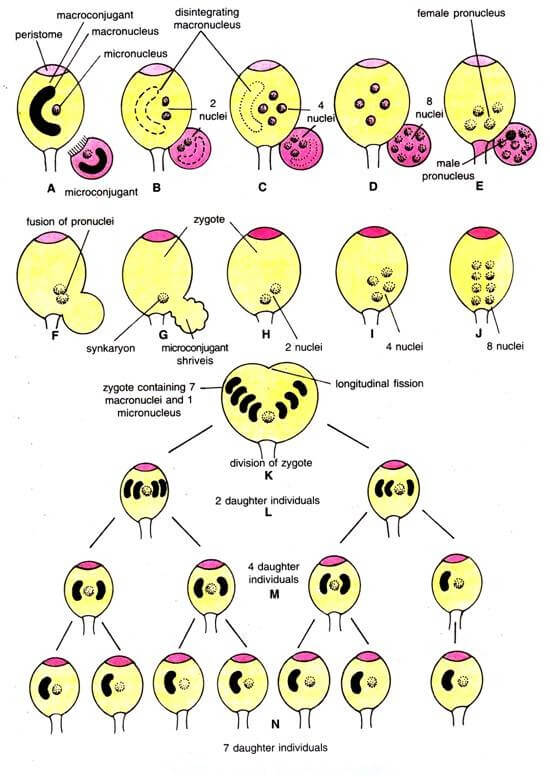