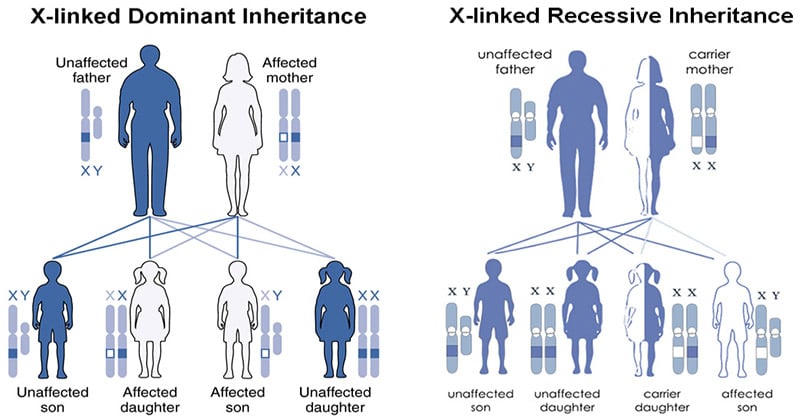 In criss-cross inheritance, an X-linked recessive gene is transmitted from P1 male parent (father) to F2 male progeny (grandsons) through its F1 heterozygous females (daughters), which are called carriers) and different F1 and F2 results (ratios) in the reciprocal crosses.

In Drosophila, the gene for white eye colour is X linked and recessive to another X-linked, dominant gene for red-eye colour.

When white-eyed male was mated with a red-eyed female the F1 flies were all red-eyed. F2 generation of it included 3: 1 ratio of red and white-eyed flies. But all white eyed flies of F2 generation were males only. When normal female of F1 is crossed with normal male 50% of males were white-eyed and 50% were red-eyed It shows that the recessive allele is expressed in male only. 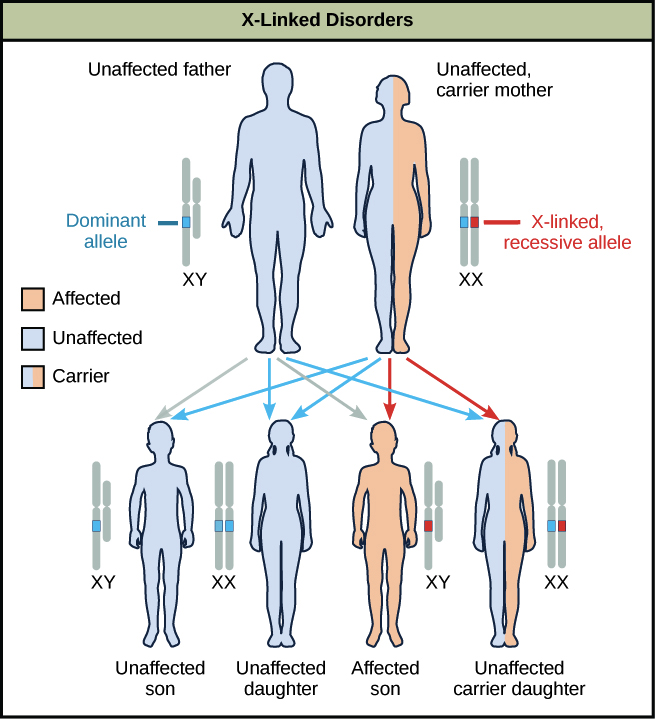 It is a defect in which a person cannot distinguish between red, green or both the colours from other colours.

Haemophilia is called a royal disease and known as the most serious of all the diseases. A person suffering from this disease have the inability of their blood to clot normally even after a minor injury. It is due to the lack of a blood protein called clotting factor VIII and clotting factor IX.

Another example includes hereditary enamel hypoplasia (hypoplastic amelogenesis imperfecta), in which tooth enamel is abnormally thin so that teeth appear small and wear rapidly down to the gums.