The male reproductive organs are enclosed to the posterior half of the body and consist of the testis, vasa deferens, seminal vesicles, ejaculatory duct, and penial setae. 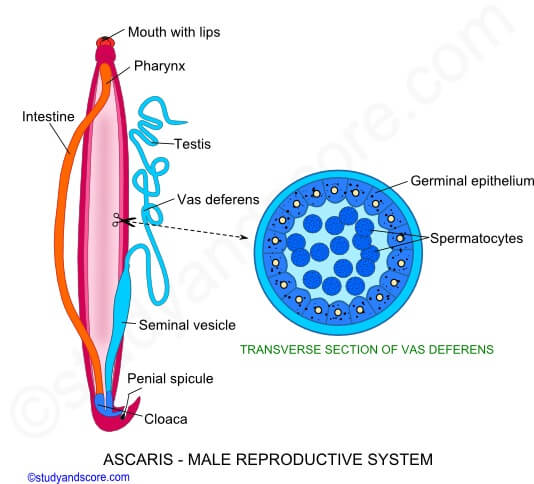 Female reproductive organs lie in the posterior two-thirds of the pseudocoel and consist of ovaries, oviducts, uteri, and vagina. There is an asset of 2 parallel tracts of female reproductive organs, i.e. an ovary, oviduct, and a uterus in one tract in Ascaris like other nematodes; this condition is called didelphic although monodelphic and polydelphic condition are also found. 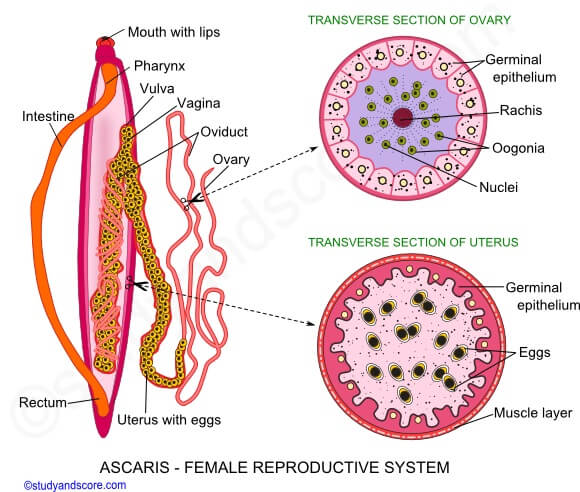 The sperms (spermatozoa) are amoeboid while the ova are elliptical in shape. The ova at this stage are actually secondary oocytes that have developed from a single maturation division. The second maturation division occurs after fertilization.