Figure: Binary fission of paramecium. Paramecium reproduces asexually by binary fission during favorable conditions in the following steps: (A) Paramecium stops feeding and starts to replicate its DNA, (B) Oral groove disappears. The micronucleus forms the mitotic spindle and starts the mitotic division. The macronucleus changes its shape and starts the amitotic division. (C) Both mitosis and amitosis continue to split into two daughter micronuclei and macronuclei. New oral grooves form as the cell becomes elongated. (D) The endoplasm is divided into two in the middle of the cell transversely. The anterior portion is known as proter and the posterior portion is known as opishte. The proter and opisthe portions are just like that of their parents in size, shape, and structure. (E) The whole process completes. All such individuals which are formed from a single parent are known as a clone. One binary fission needs twenty minutes and in 24 hours it divides two or three times. ­­­Image Source: Rs’ Science. 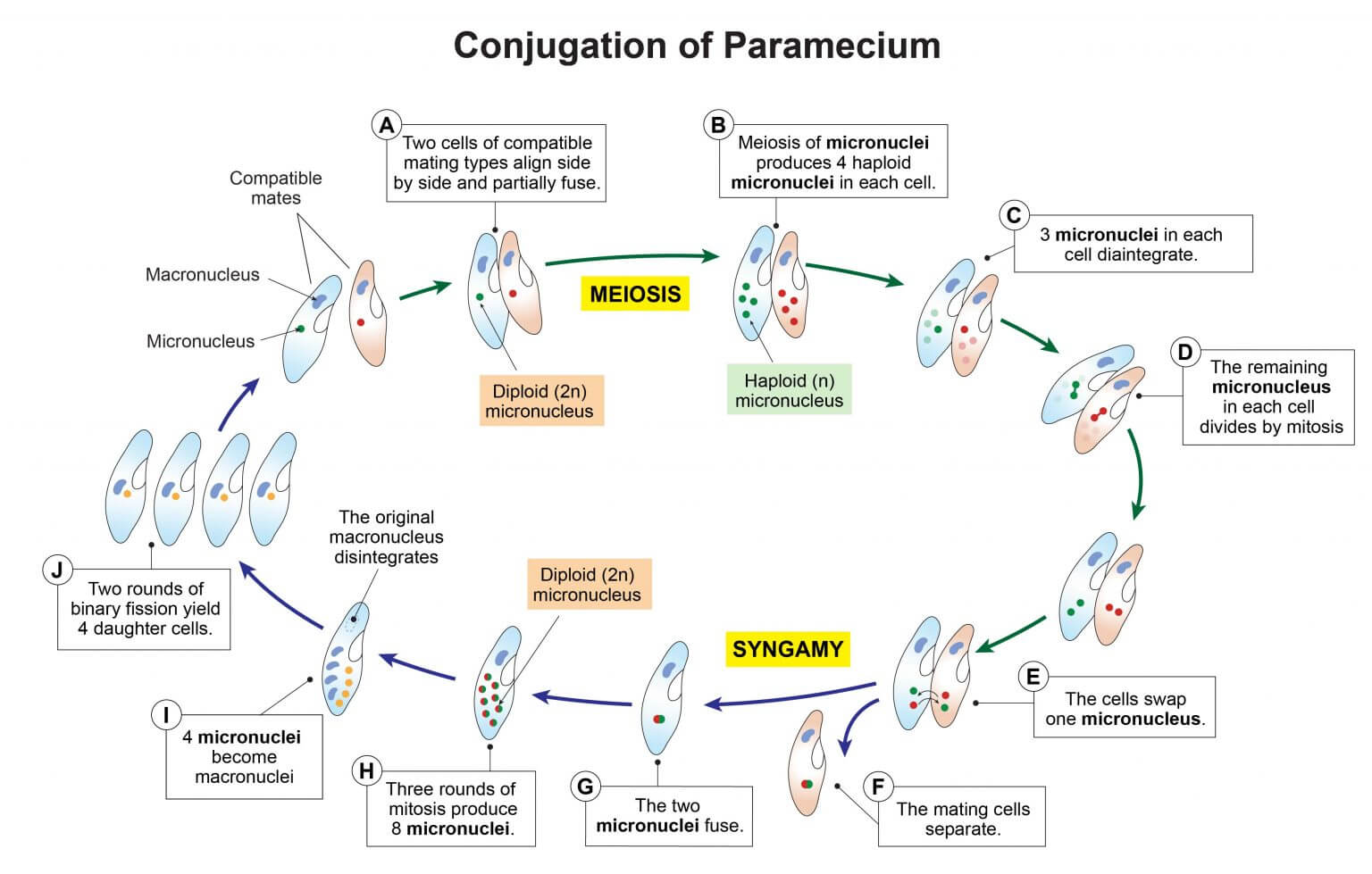 Factor and condition of conjugation

Conjugation is very complex physiologically. The factor inducing conjugation varies from species to species. some of them are:

A clone will die out if nuclear reorganization does not occur, but the clone can be rejuvenated to regain its former vigor by nuclear arrangement, this is brought about by conjugation. Thus, conjugation is essential for continued binary fission. The significance of conjugation is described below: