Point mutation is a type of genetic mutation where one of the base pairs in the DNA sequence is altered either by insertion or deletion. 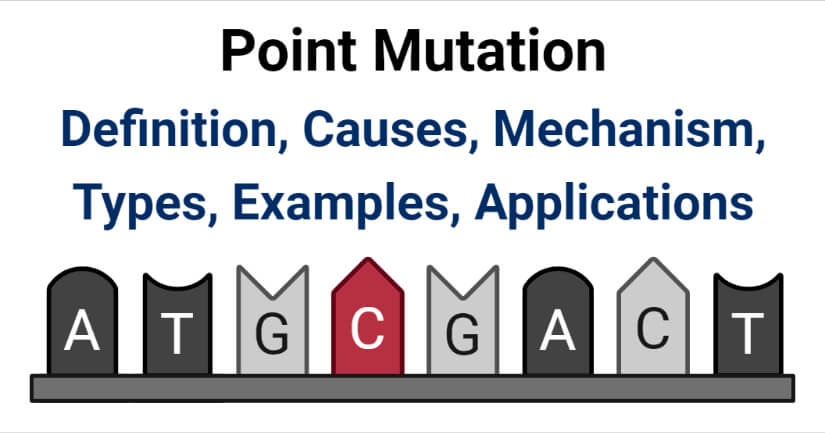 There are different mechanisms of point mutation, depending on the cause of the mutation. Since, in most cases, point mutation arises spontaneously during DNA replication, the mechanism of substitution of a nucleotide is more common.

Point mutations can be differentiated into two types depending on the nature of the substitution of the base pairs.

Types of Point Mutations (based on effects produced by the changes)

Point mutations can further be divided into different types depending on the effects produced by the changes. 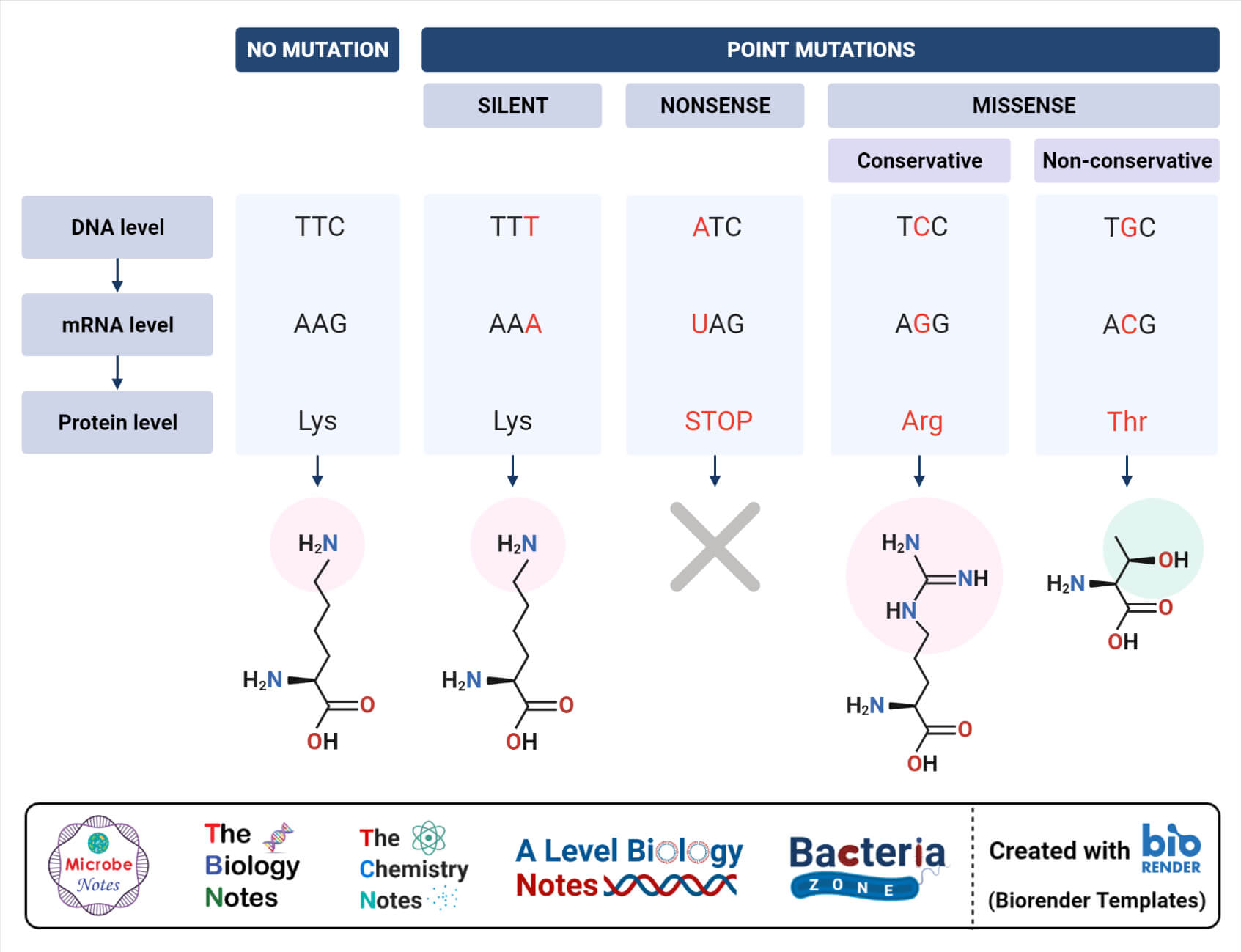 A missense mutation is a type of point mutation where the substitution of a base pair results in a different amino acid in the resulting protein.

A silent mutation is a type of mutation where no observable effect is observed on the phenotype of the organism as the result of the mutation. 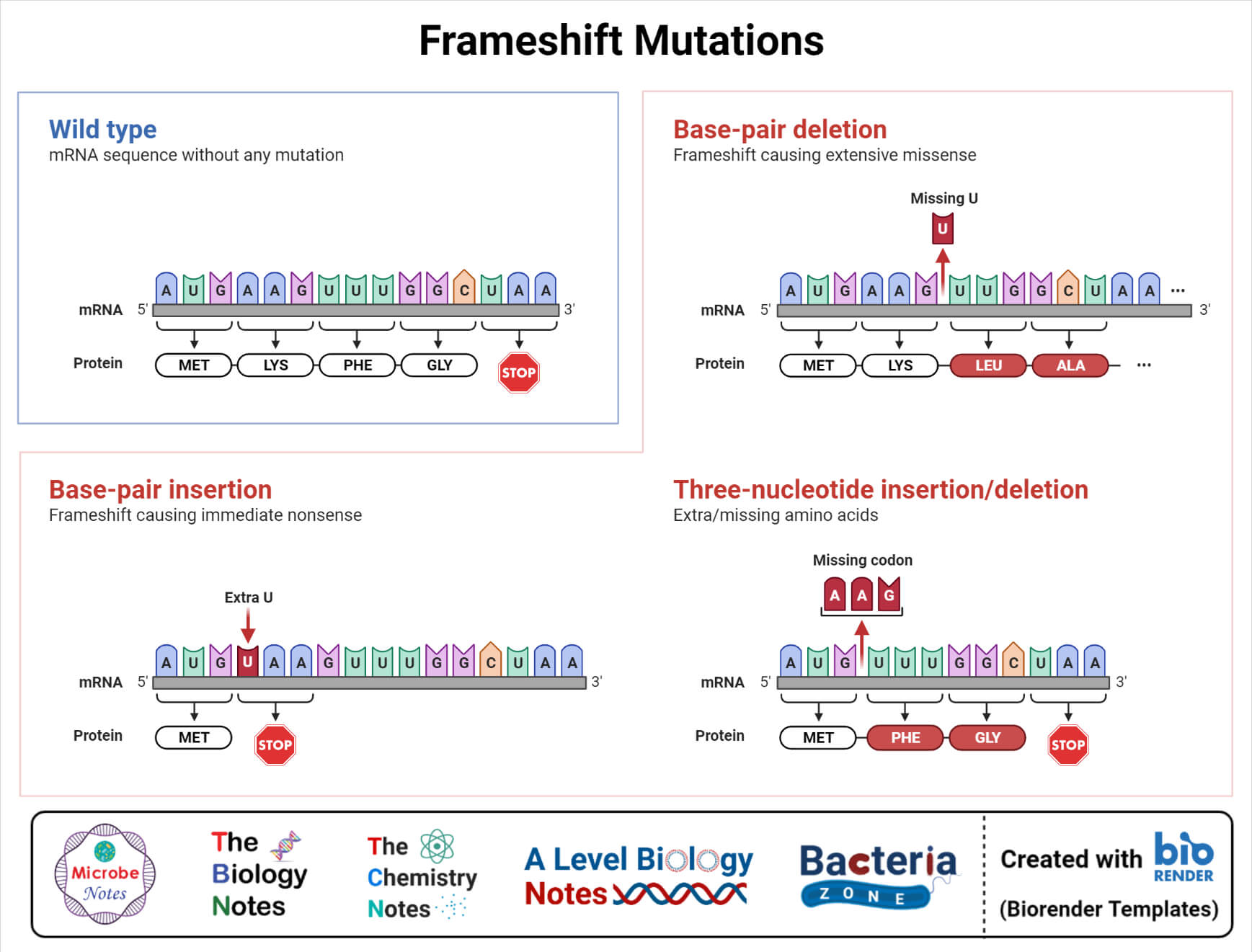 Point mutation has multiple applications that have industrial as well as medical benefits. Some of the common applications include;