What is Plasmodium vivax?

Plasmodium vivax is the most common of the human infecting malaria fever parasites. It is an intracellular parasite in man. It lives in the red blood corpuscles and liver cells in man. While extracellular in mosquitoes, living in its alimentary canal and salivary glands. The life cycle of P. vivax is digenetic i.e. it involves 2 hosts man and mosquito. Female Anopheles mosquito is the Primary host or definitive host. The sexual cycle is completed in it. It involves two phases, gametogony, and sporogony. A human is a secondary or intermediate host. The asexual phase of the life cycle is completed in man by schizogony. 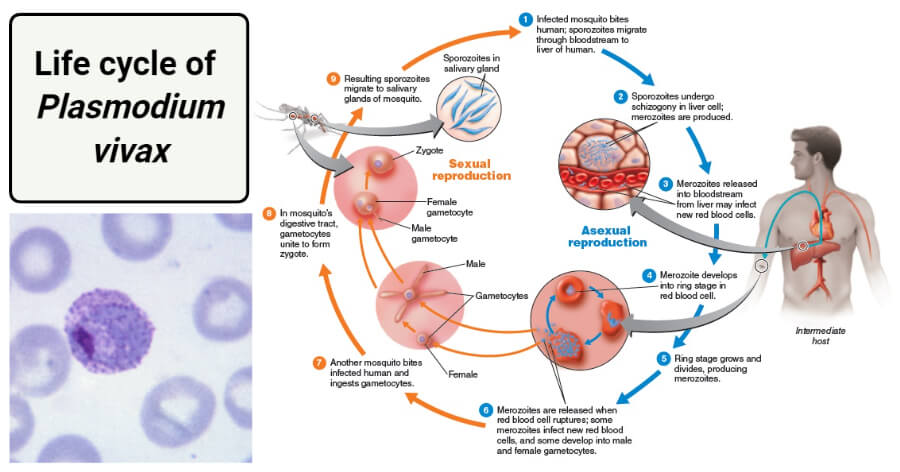 The life cycle of Plasmodium vivax is divided into:

1.  Asexual cycle or Schizogony in man

a. Ingestion by mosquito

b. Gametogenesis/ Gametogony (Formation of gametes)