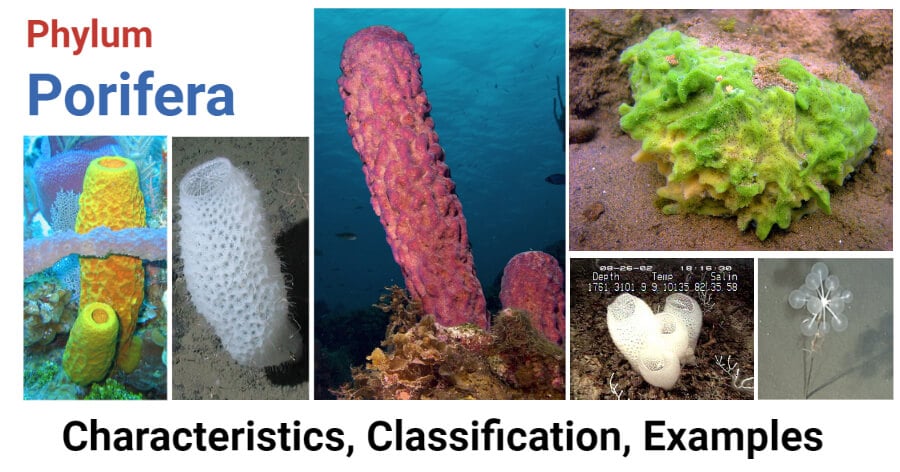 The phylum includes about 5,000 species of sponges, grouped into 3 classes depending mainly upon the types of skeleton found in them. The classification here is based on Storer and Usinger (1971) which appears to be a modification from Hyman’s classification.