Hemichordata (Gr., hemi, half; chorde, cord) means they are ‘half’ of ‘part’ chordates, a fact that is disputed. They are usually vermiform, solitary, or colonial enterocoelous coelomate animals with an intra-epidermal nervous system and a pre-oral with or without gill-slits and without typical nephridia. 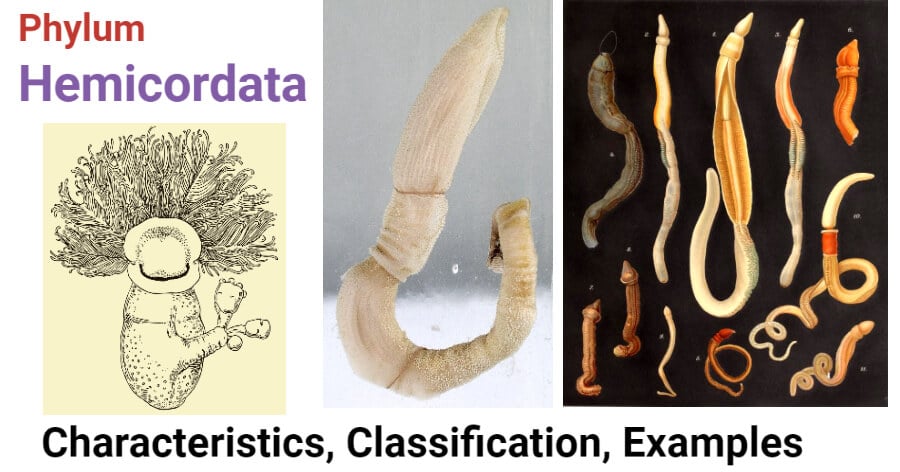 Hemichordata includes about 80 known species and has been divided into 4 classes.