NOTE: Due to the oblique position of the oral groove the organism has lost its symmetry. 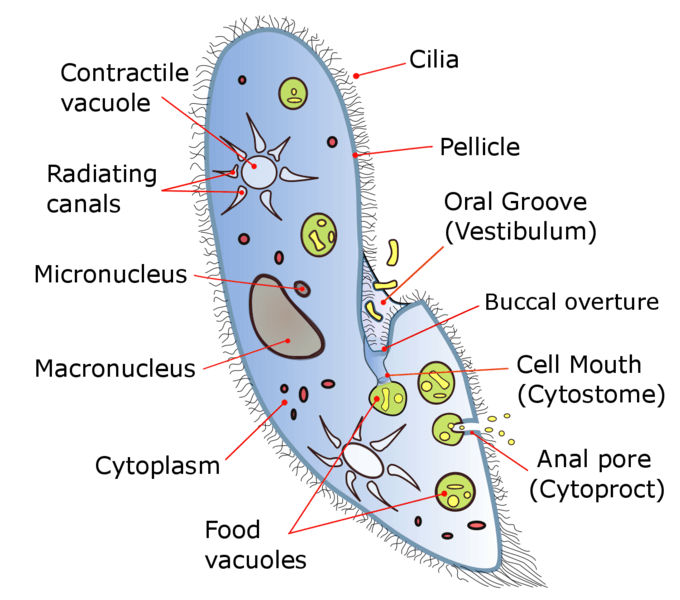 Cytoplasm: within pellicle, it is differentiated into two types i.e. ectoplasm and endoplasm.

It is situated just below the pellicular alveoli. It consists of the kinetosome or basal body and kinetodesma.

a. Mega nucleus or macronucleus

NOTE: Paramecium also survives without micronucleus but fails to reproduce.