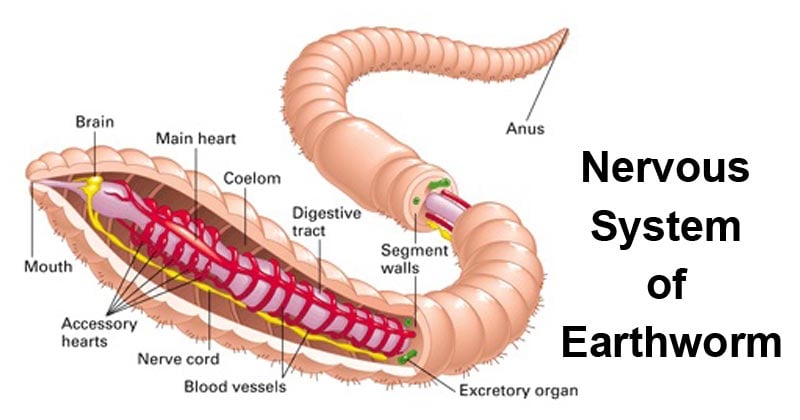 It comprises of the anterior nerve ring or brain ring and the posterior ventral nerve cord.

Working mechanism of the Nervous System

Video: Nervous System of Earthworm & its types By Studio Biology