A Monohybrid cross is a type of genetic cross between two individuals with homozygous genotypes of a single character or trait, often resulting in an opposite phenotype.

Monohybrid crosses are performed to estimate the phenotypic and genotypic ratios of the crosses and to determine the dominant allele. The following are the steps that are used to perform a monohybrid cross; 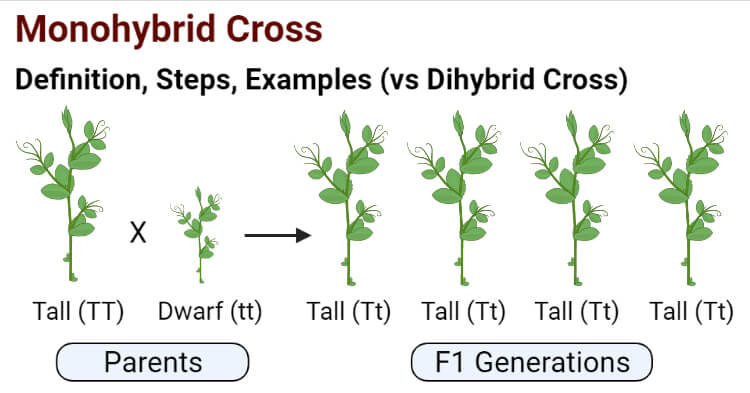