Monocot seeds are defined as seeds that consist of a single (mono) embryonic leaf or cotyledon.

Dicot seeds are defined as seeds that consist of two embryonic leaves or cotyledons.

Structure of Monocot and Dicot Seed

The structure of monocot and dicot seeds can be described based on the following parts; 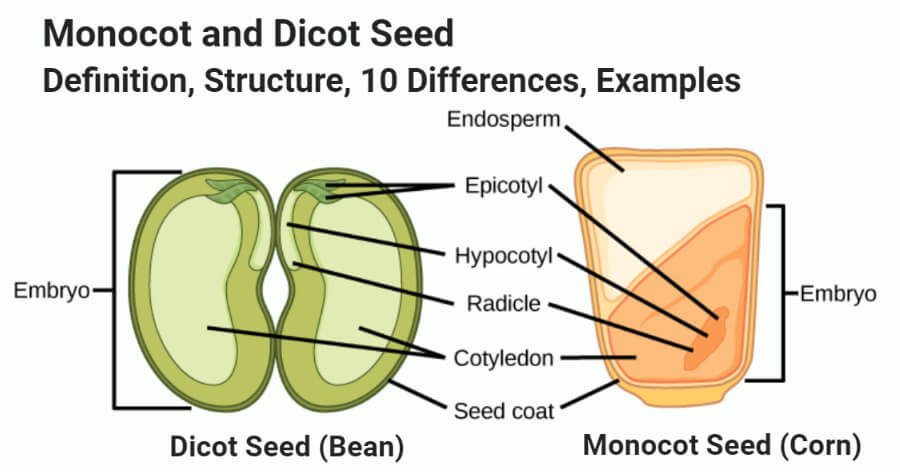 Functions of Monocot and Dicot Seed

The following are the functions of monocot and dicot seeds;