mRNA is also known as messenger RNA, is a type of RNA molecule that carries the code from the DNA in the nucleus to the site of protein synthesis in the cytoplasm, ribosome. 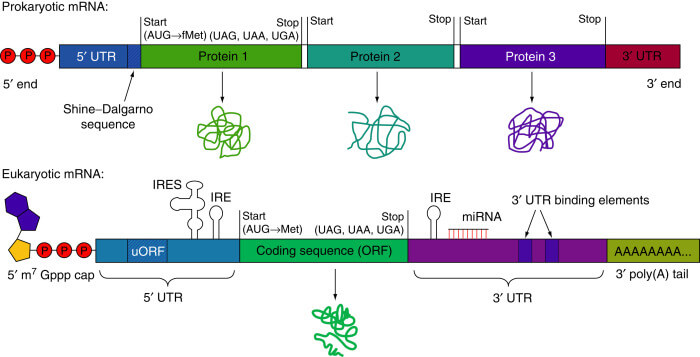 mRNA processing refers to the steps that are carried out before mRNA is finally ready for protein synthesis. When mRNA is synthesized from the DNA molecule, the mRNA we will get is a precursor mRNA having the same 5’ triphosphate and 3’ hydroxyl terminal residues as that of the DNA. This newly transcribed pre- mRNA is prone to degradation so to protect it, this pre-mRNA is coated with RNA stabilizing proteins as soon as they are synthesized. Not only that, but the stabilizing proteins are also responsible for the safe deliver of mRNA from the nucleus to the cytoplasm.

1. Addition of stabilizing and signaling factors at 5’ end. (5’ capping)

2. Addition of stabilizing and signaling factors at 3’ end. (Poly-A-tail) 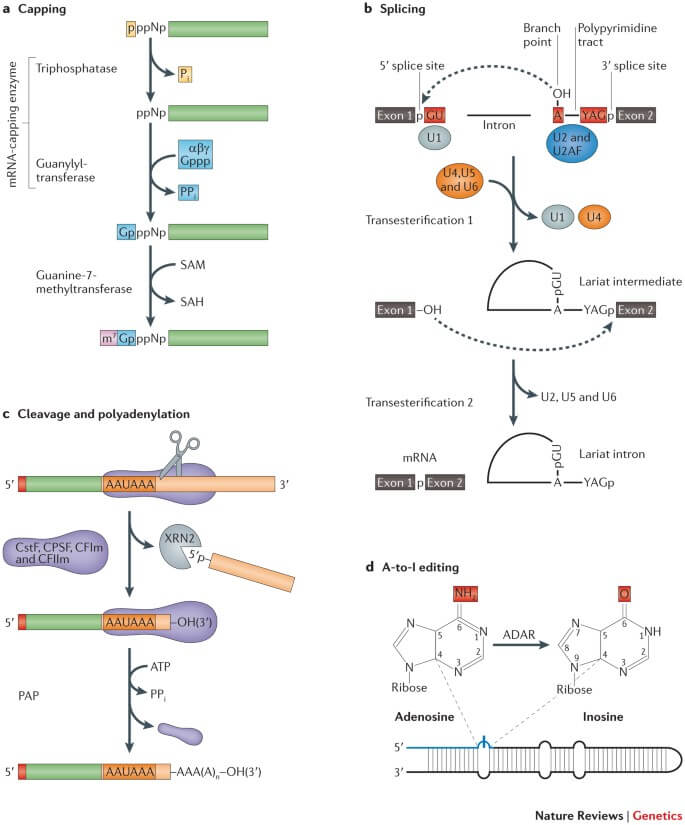