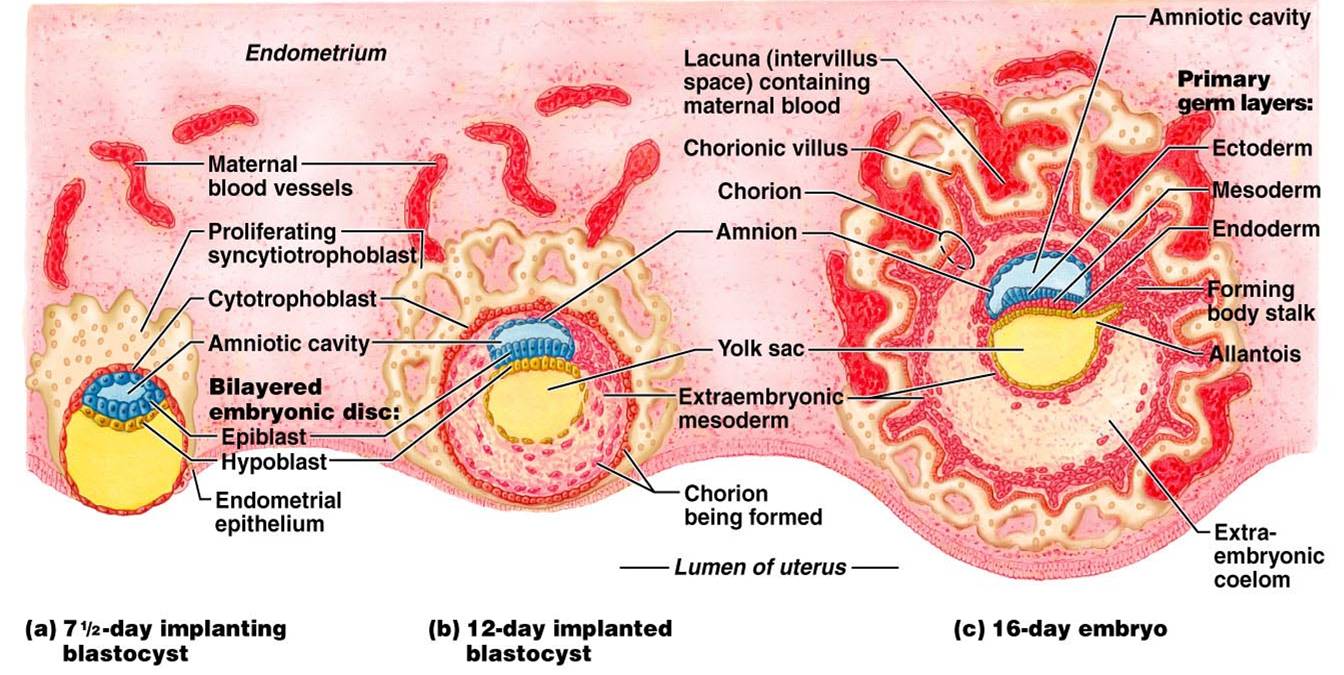 Implantation is a progressive and versatile process in which the blastocyst apposes, attaches and ﬁnally invades the underlying endometrial surface.

The implanted 12-day embryo produces a minute elevation on the endometrial surface that protrudes into the uterine lumen.