Hydra reproduces asexually by budding and sexually by the formation of gametes.

Asexual reproduction of Hydra by Budding 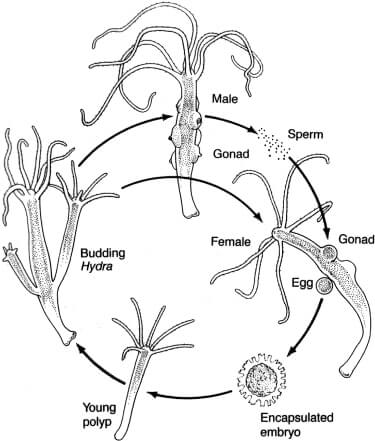 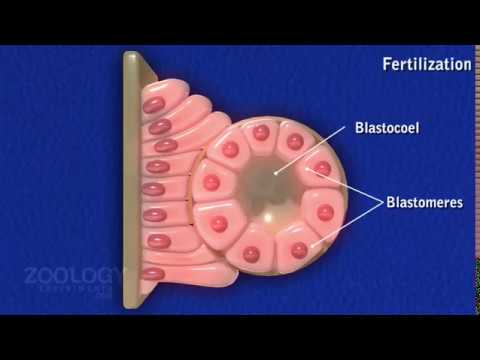 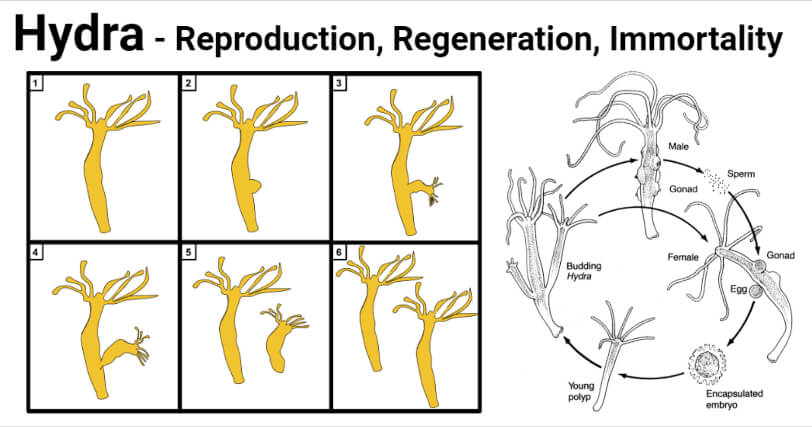