Hydra are inconspicuous freshwater relatives of corals, sea anemones, and jellyfish that are classified under the phylum Cnidaria, Class Hydrozoa, Order Anthomedusae/Anthoathecata, and Family Hydroidea. It is essentially a sedentary organism living attached to stones, pebbles, and water plants, but can get released from the substratum and swim. The name Hydra was given by scientist Linnaeus because of its special power to regenerate its lost part like Hydre ( a nine-headed dragon serpentine of the Greek mythology). 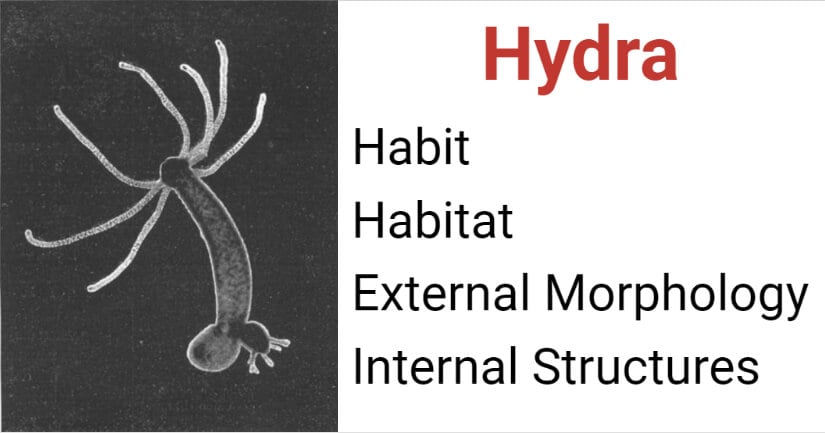 The internal or histological structures of Hydra are best seen in its longitudinal and transverse sections.

I. structures of a cnidoblast

Hydra has 4 types of nematocysts serving different functions as follows: