Home » Immunology » Hematopoiesis and Cells of the Immune system

What are the cells of the Immune system?

All these organs are connected by the lymphatic system and the blood vessels into a functional unit. In the blood and the lymph and populating the lymphoid organs are various types of white blood cells (leukocytes) that play a key role in the body’s immune responses, therefore defining the cells of the immune system. Nevertheless, white blood cells are an assemblage of different immune cells. White blood cells provide the defense mechanisms of the body fighting off foreign elements (antigens) from the body. Under the White Blood Cells group of cells, they can be categorized into lymphocytes, (including T-lymphocytes, B-lymphocytes, and Natural Killers cells), neutrophils, monocytes, and macrophages.

In all these categories, only the lymphocytes have the characteristics of diversity, specificity, memory, and self/nonself recognition, which are the hallmark features of the adaptive immune responses. All the other cells play additional roles in adaptive immunity such as activation of lymphocytes, increasing the effector mechanisms of antigen clearance by phagocytosis, or secreting various immune-effector molecules. Some white blood cells secrete protein molecules known as cytokines which are immunoregulators (regulate the immune responses). Other major proteins of the immune system include antibodies produced by B-lymphocytes, and complement proteins (activated by antibodies).

All blood cells are produced by a mechanism known as hematopoiesis, arising from a single cell type known as a hematopoietic stem cell (HSC). Stem cells are cells that differentiate into other cell types; they are self-renewing-maintaining their population level by cell division. 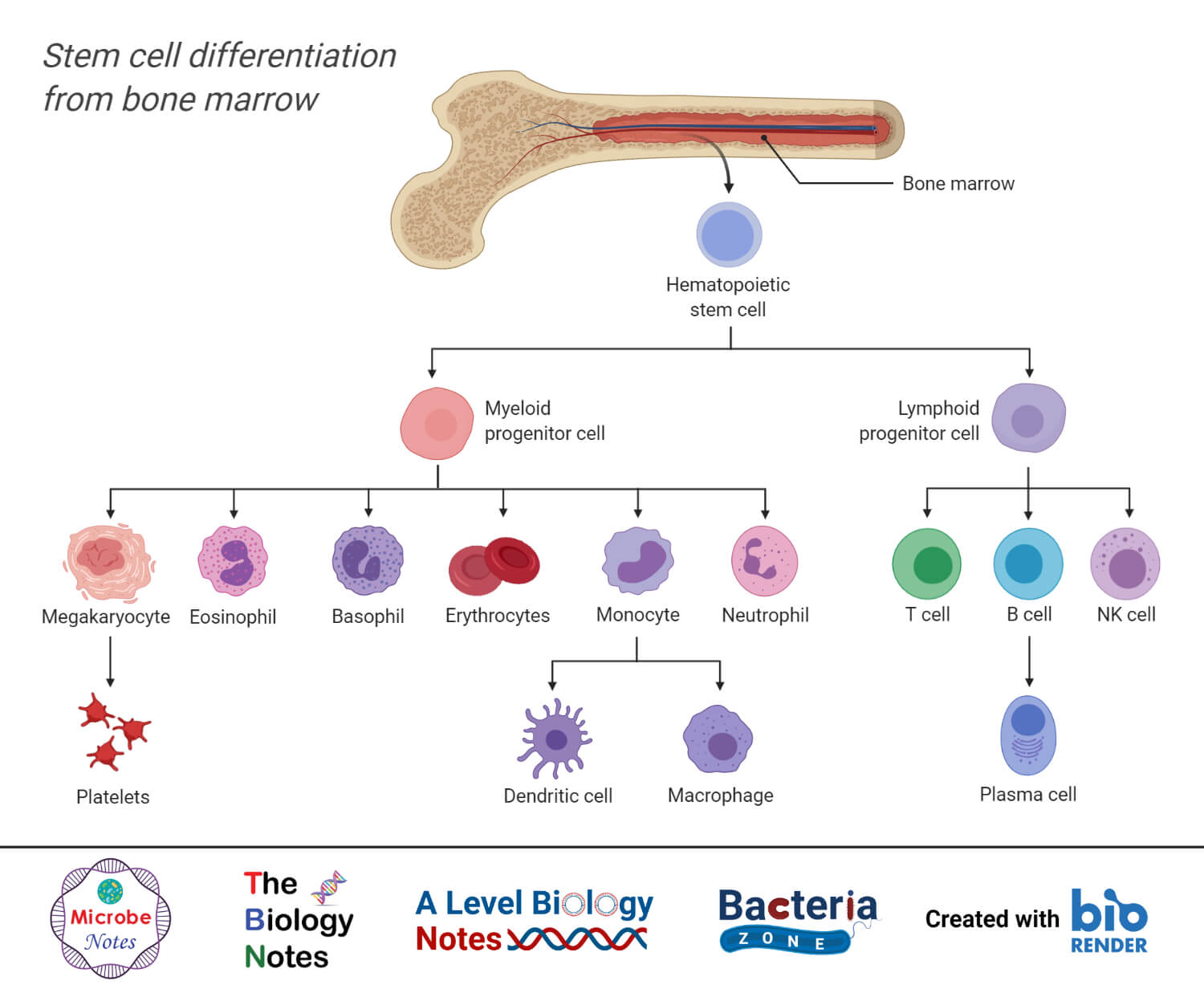 Cells of the Immune System

The lymphocytes are the central cells of the immune system which are responsible for adaptive immunity and immunological features of diversity, specificity, memory, and self/non-self recognition. The other immune cells function to engulf and destroy micro-organisms, present antigens, and secrete cytokines.

The lymphocytes make up 20%–40% of the body’s white blood cells and 99% of the cells in the lymph. There are about 1011  lymphocytes in the human body. These lymphocytes circulate continuously in the blood and the lymph hence they are able to migrate into the body tissue spaces and lymphoid organs, therefore integrating the immune system to a high degree. The lymphocytes are broadly divided into three populations based on their functions and cell-membrane components i.e: