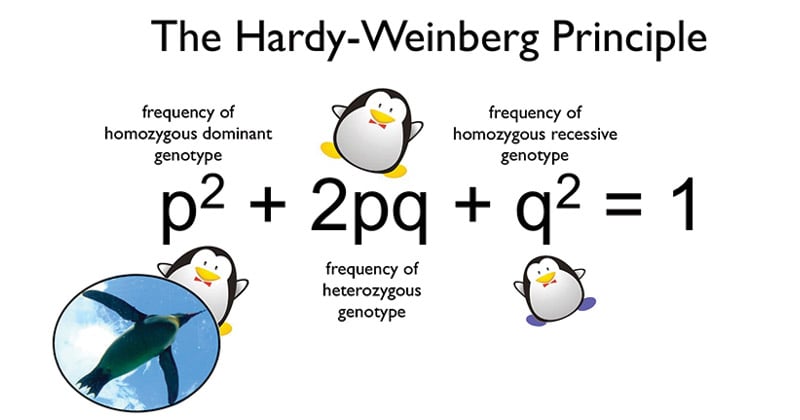 Assuming certain conditions, the Hardy-Weinberg equilibrium thus proposes that allelic frequency of a population will stay stable over time.

Conditions of the Hardy-Weinberg population are:

If there is a gene with two alleles, A and a.

As shown by Hardy and Weinberg, alleles segregating in a population tend to establish equilibrium with reference to each other. Thus, if two alleles should occur in equal proportion in a large, isolated breeding population and neither had a selective or mutational advantage over the other, they would be expected to remain in equal proportion generation after generation.

Sickle cell anemia, an autosomal recessive disease, occurs in 1 of every 400 African-American births. What is the frequency of carriers of the sickle cell gene in this population?

Carriers (or heterozygotes) are represented by 2pq, so we need to solve for p and q.

So 95 of every 1000 African- Americans carry the sickle cell gene.