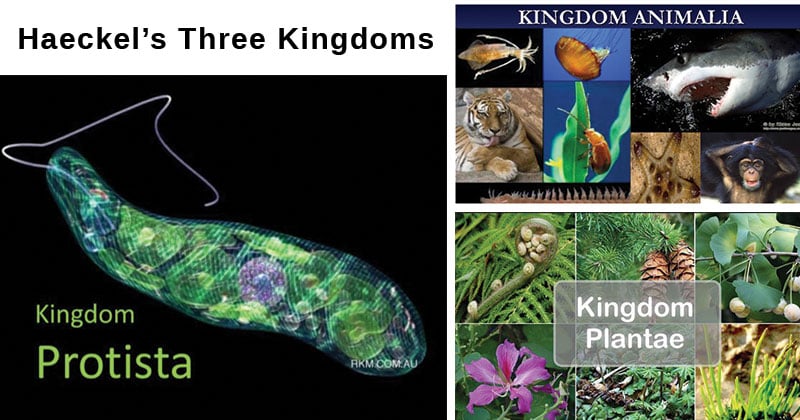 Features of the Three-kingdom System of Classification

According to this system: