Habits and Habitat of Taenia solium

The proglottids of strobila widen gradually along their length from the anterior to the posterior one. The proglottids bear genital papilla and pore, alternating once to the right and then to the left.

The tapeworm lacks a cellular or ciliated epidermis. The body wall of Taenia consists of an Outer tegument and inner basement membrane. The basement membrane includes both the musculature and the packing material called parenchyma. 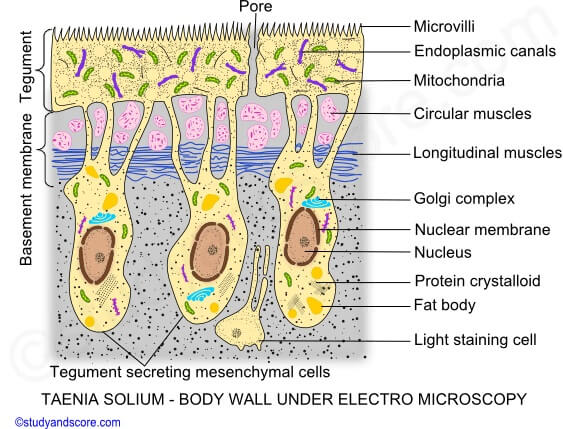