It refers to the tendency of most groups of individuals to control their rate of consumption of resources and rate of breeding to ensure that the group would not become extinct. According to this, individuals in successful groups would not act selfishly. 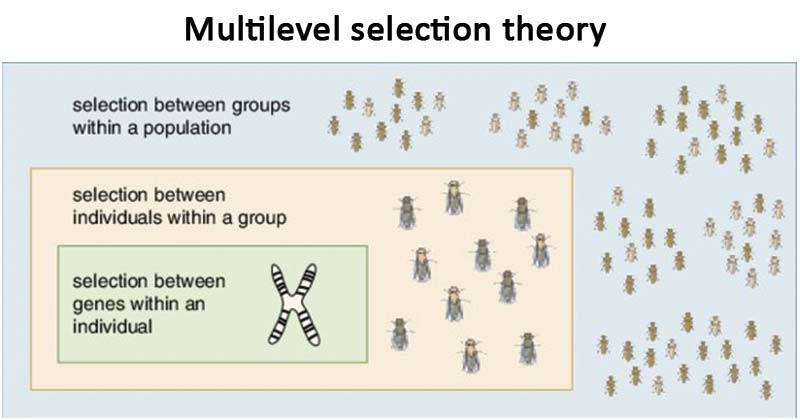 One of the most important qualities of a group is altruistic behavior. Altruism refers to the enhancement of the fitness of a recipient individual by acts that reduce the evolutionary fitness of the donor individual. Altruism often takes place between genetic relatives where it is most likely to be explained by the theory of kin selection. Kin selection is a form of selection in which individual promote the survival of the kin that carry the same allele.

According to W. D. Hamilton, natural selection will favor altruism if

(2) ‘ b ‘ is the benefit i.e. increase in the chance of survival of recipient individual

(3) ‘ c ‘ is the cost as the individual showing the altruistic behavior has increased risk to life.

Altruistic behavior between unrelated individuals is known as reciprocal altruism. Sometimes an unrelated individual will occupy the same territories as breeding individuals and helps the parents raise offspring by foraging for additional food for the young (this happens in Mongoose). By comparing the nesting and brooding success of breeding pain with helpers with those whose helpers were removed researchers were able to show that helpers significantly increase parent‘s fitness.