Home » Biochemistry » Process of Glyoxylate cycle- An Overview and Summary 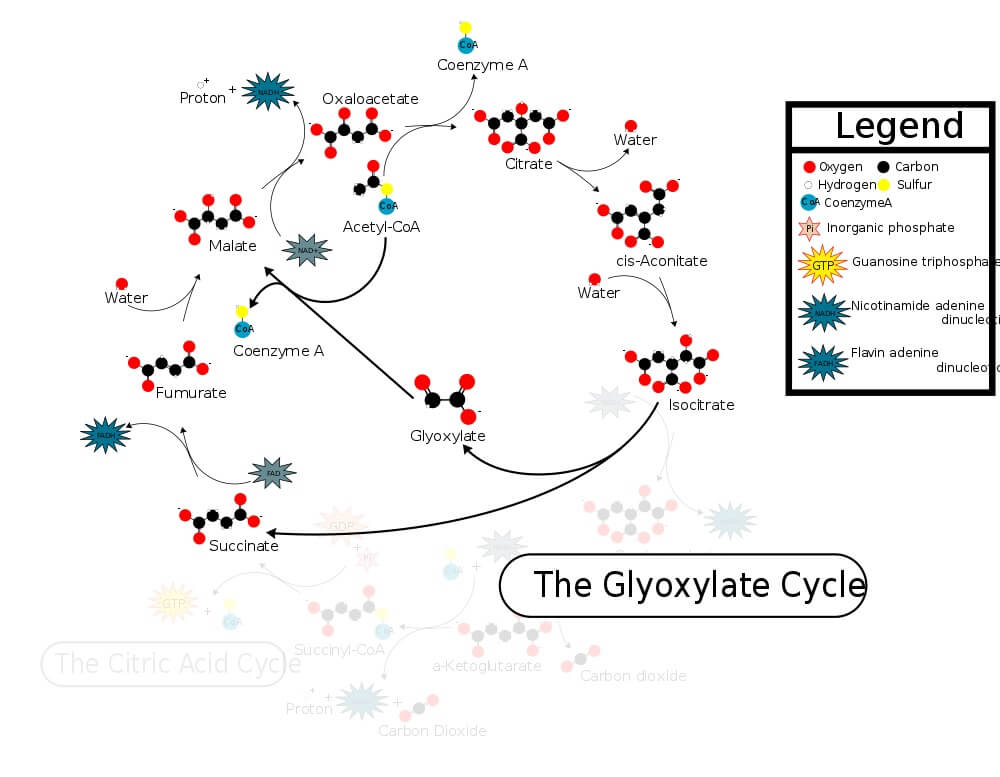 Here in the first step as the citric acid cycle, claisen condensation takes, oxaloacetate receives acetate from acetyl CoA and converted into citrate by the action of citrate synthase enzyme.

This step is also similar to the aconitase step of TCA, here also citrate is converted into isocitrate by the action of the aconitase enzyme.

In this step malate is converted into oxaloacetate by the action of malate dehydrogenase, hence the NAD+ reduced into NADH, and oxaloacetate is restored, which can enter into cyclic repeat.

It is the complete Glyoxylate cycle but here we have to talk about Succinate, which is produced in this cycle.

And this plant can convert stored lipids into glucose without the extra cost of energy. And NADH FADH produced in this cycle can produce ATP via ETS and some of this ATP is utilized during gluconeogenesis. While vertebrate gluconeogenesis is a very costly process and needs extra energy, germinating seed takes over this problem by glyoxylate cycle and can utilize Acetyl CoA in gluconeogenesis.

The Citric acid cycle (TCA) and glyoxylate cycle are coordinately regulated because intermediate products of glyoxylate can enter into TCA. And succinate enters into gluconeogenesis via some step of TCA.