The feedback mechanism is the physiological regulatory system in a living body that works to return the body to the normal internal state or homeostasis.

Feedback mechanisms are of two types depending on the changes in the input or the deviation of the physiological parameters from their limits. Even though these mechanisms are different in their reactions to changes in variables, the components of the loop are similar. 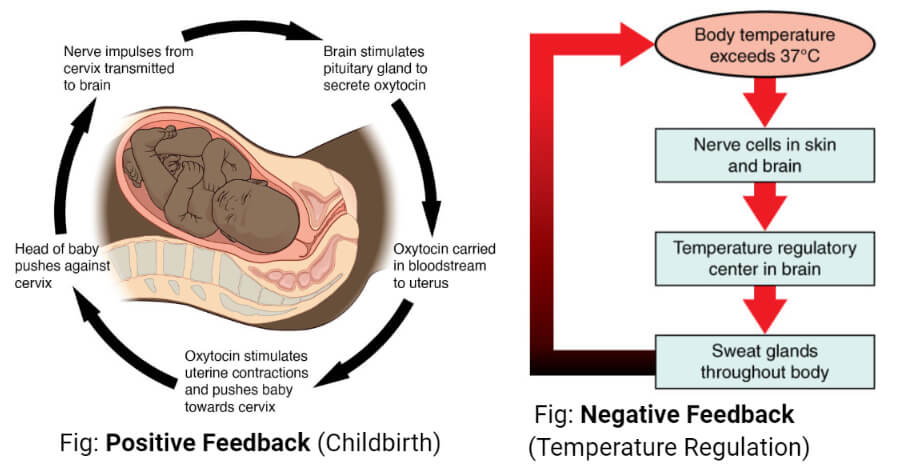 The process of a positive feedback loop consists of a control system that consists of various components, working in a circular pathway to stimulate or inhibit one another. The overall process can be described in terms of the components of the system.

4. Further activation of the stimuli

The process of negative feedback mechanism is similar to the positive feedback loop as the process is activated by stimuli, which eventually leads to changes that tend to nullify those stimuli. The overall process can be described as below:

4. Counteract on the stimulus 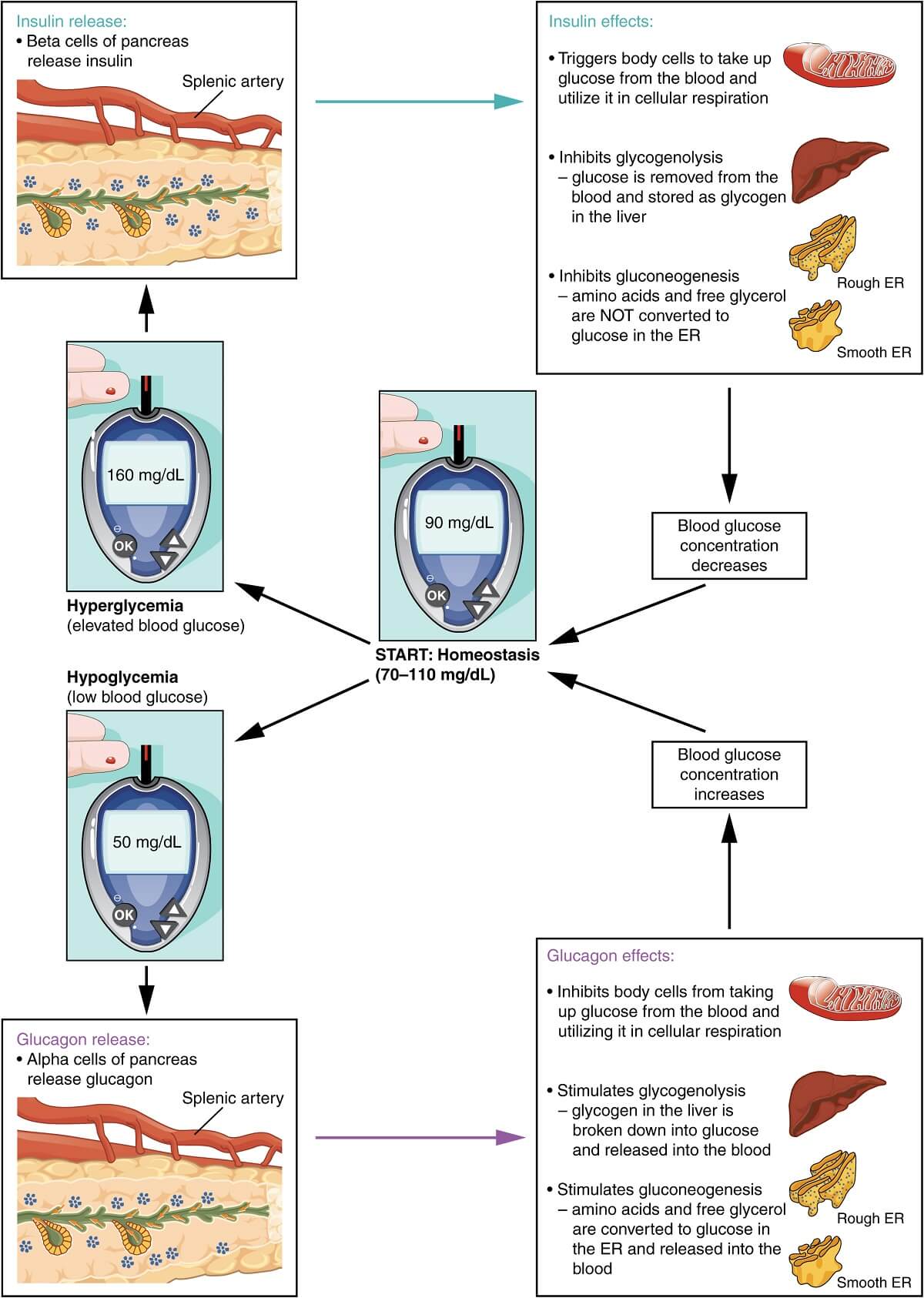 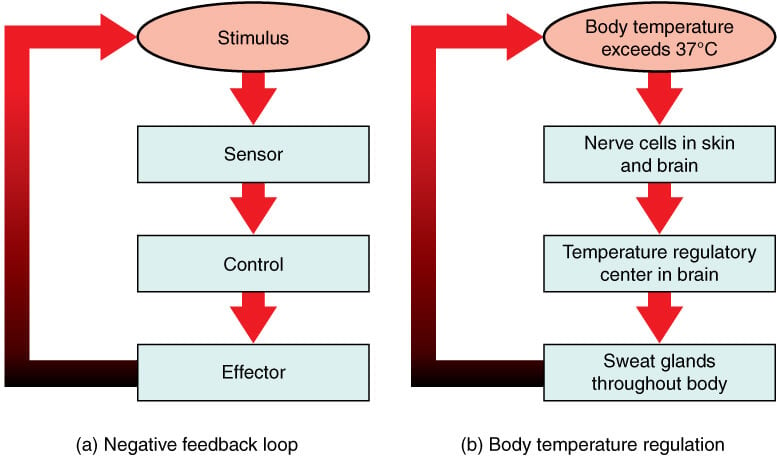 Feedback mechanism has applications in different systems and areas for different purposes.