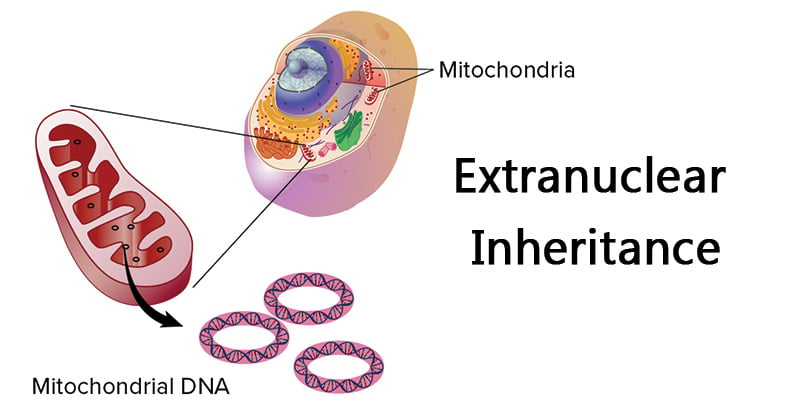 Cytoplasmic factors are cytoplasmically located, independent, self-replicating nucleic acids, which differ from chromosomal genes by their location within the cell, and have their own nucleotide sequences such as,

Chloroplast genomes are 130-150 kb in size and have more genes than mitochondria (110 vs. 37). Most genes are involved in photosynthesis. Corn has 20-40 chloroplasts per cell, with each chloroplast having 20-40 chromosomes (can make up 15% of DNA).

This is to say that the cytoplasmic organelles such mitochondria & chloroplast are inherited with the egg cytoplasm from the maternal parent.

Maternal effects occur when the mother’s genotype or phenotype affects the phenotype of her progeny directly.

For example, older salmon produce larger eggs which have more nutrients so that their fry are larger at hatching.

The symbiotic or parasitic association of microorganism with a host organism thus results in transmission of a phenotype in offspring of the host offspring.

Maternal inheritance– Uniparental transmission of heredity traits through the mother.

Paternal inheritance– Uniparental transmission of heredity traits through the father.