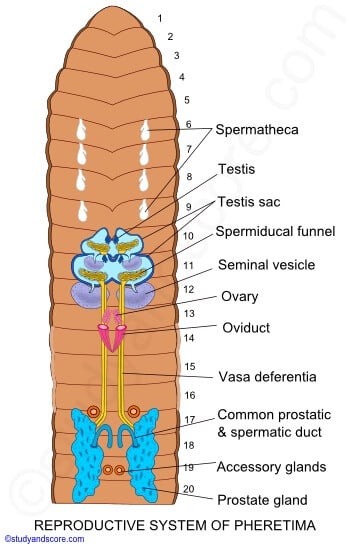 The female reproductive organs consist of ovaries, oviducts, and spermathecae.

Copulation and fertilization of Earthworm 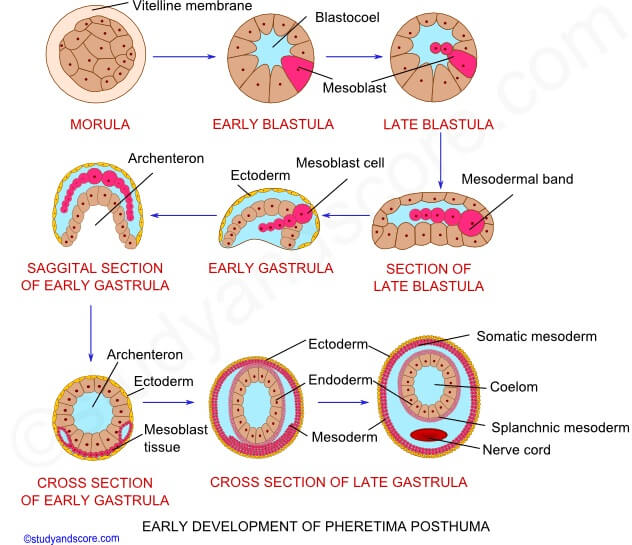