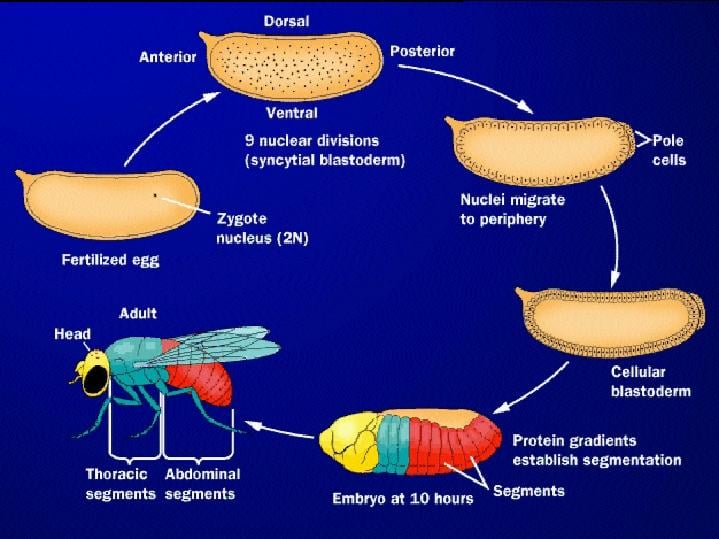 The development of Drosophila can be divided into the following stages:

Significance of Studies on Drosophila Development