What is DNA Polymerase?

Firstly, we should consider the fact that DNA replication happens in a semiconservative way, meaning that each strand acts as a template for a new strand synthesis, and thus make a double-stranded DNA. One strand is a parent strand and the other is newly synthesized. DNA polymerase is the enzyme that is responsible for synthesizing this new DNA strand. They add nucleotides on the growing new strand, and this addition happens in a manner complementarily to the parent strand. 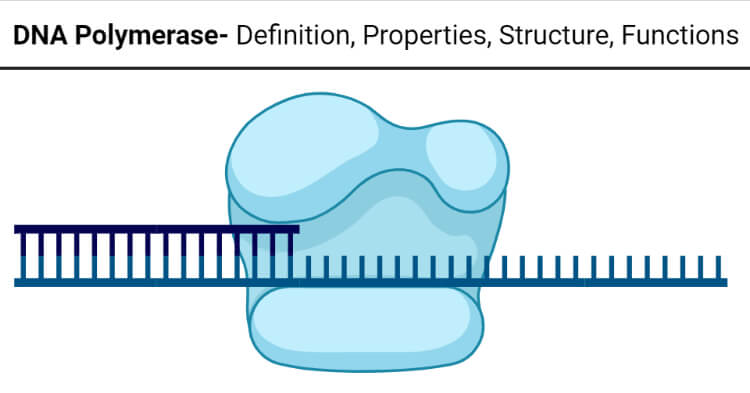 Types and Functions of DNA Polymerase in eukaryotic cell