The cladogram is derived from Greek words clados and gramma where ‘clados’ means branch and ‘gramma’ means characters. It is an unscaled representation of a phylogenetic analysis where only the topography of the diagram matters. However, it doesn’t have any time axis and is instead a simple diagram that summarises a pattern of characters among different organisms. Although a cladogram includes hypothetical ancestors to derive a relationship, it is the starting point for further analysis.

Features of a cladogram 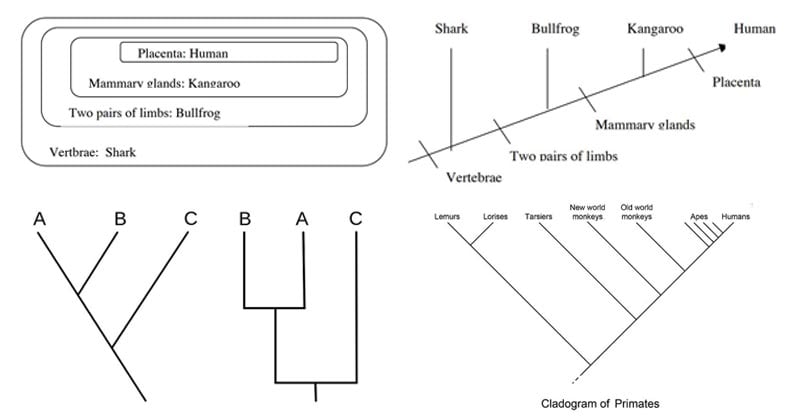 Parts of a cladogram

A cladogram is a diagram consisting of the following parts:

How to make a cladogram? (Constructing cladograms)

Step 1: Determine the defined characters to be used

Step 2: Classify the organisms according to the shared characteristics

Step 1: Selection of the molecular evidence common among the selected organisms

Step 2: Collect and run the multiple sequence alignment to compare the molecular sequences (DNA or amino acid) for each of the organisms selected

Step 3: Generate a cladogram from the obtained data of the multiple sequence alignment

How to read a cladogram? (Interpreting cladograms) 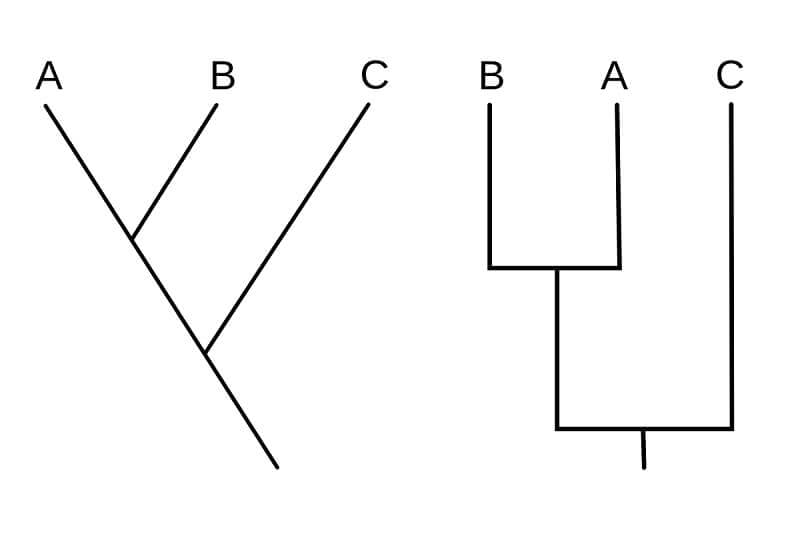 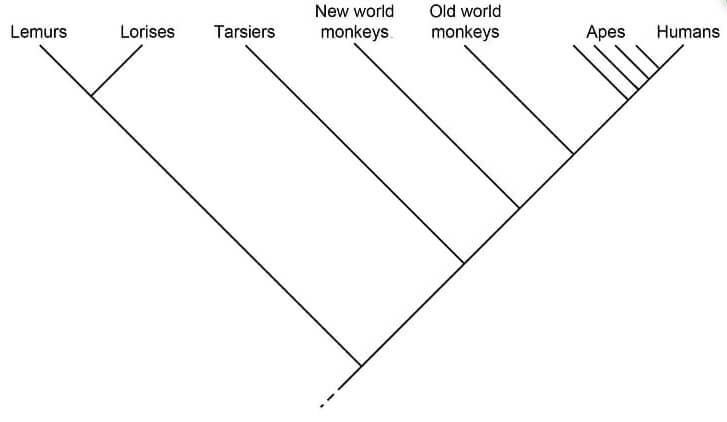 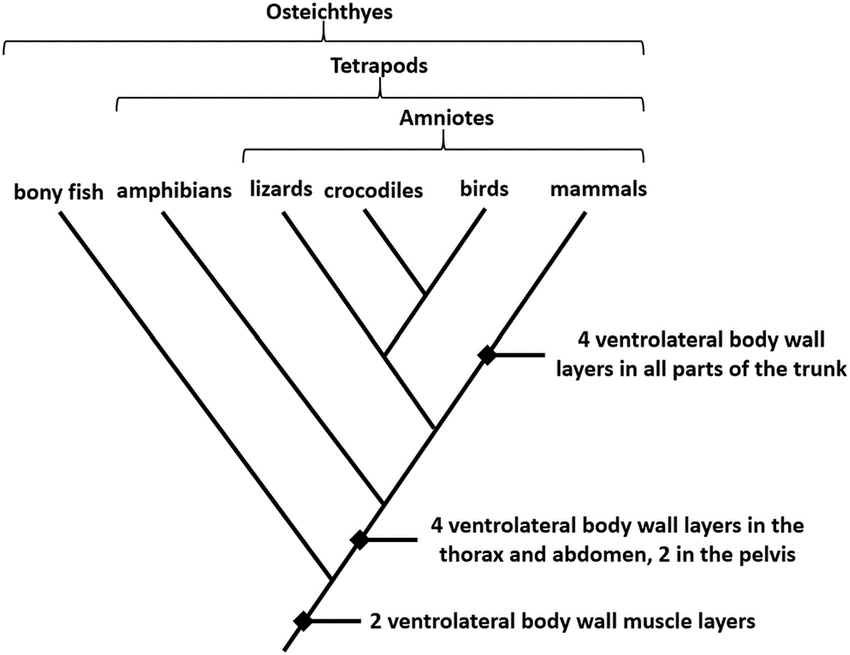 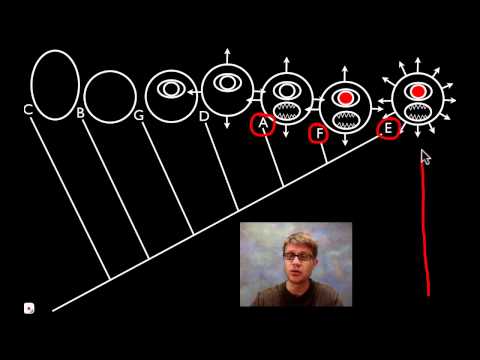 Differences between a cladogram and phylogenetic tree (phylogram)