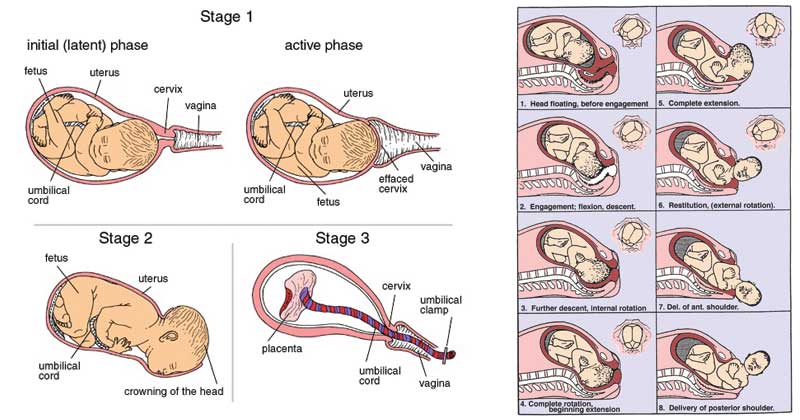 Obstetricians have divided labor into 3 stages that delineate milestones in a continuous process. Although labor and delivery occur in a continuous fashion, the cardinal movements are described as the following 7 discrete sequences: