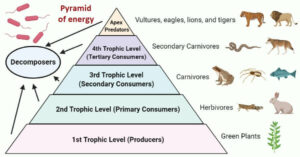 The pyramid of energy is a graphical representation that shows energy accumulation patterns at different tropical levels in an ecosystem. The energy flow moves from the bottom to up through … Read more 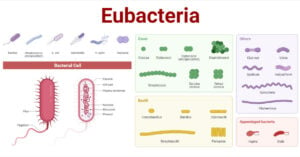 Eubacteria is a large group of bacteria having rigid cell walls, flagella, DNA (single circular chromosome), and a single cell lacking a nucleus. All types of bacteria are included (Gram’s … Read more 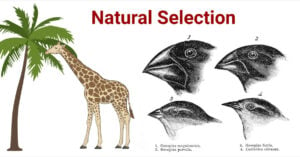 Natural selection is the process whereby organisms better adapted to their environment tend to survive, pass on the genes, and produce more offspring. It is a mechanism of evolution that … Read more

What are Leukocytes? Leukocytes, also known as white blood cells, are a cellular component of the blood that has a nucleus, absence of hemoglobin, and is capable of motility. They … Read more 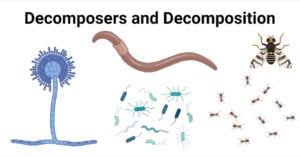 Decomposers are the organisms that decompose or break down the complex organic compound into simpler forms in a dead body, and the process of breakdown of complex compounds into simpler … Read more 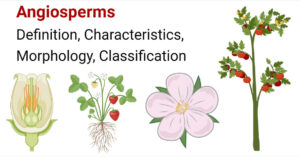 Definition: Angiosperms are the plants that produce flowers and vascular plants with leaves, stems, and roots. Angiosperms are seed-bearing plants; seeds are developed inside the ovary when the egg or … Read more 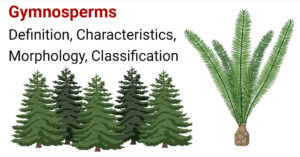 Definition: Gymnosperms are the plants that are most ancient vascular, flowerless, seed-producing, and can reproduce through an exposed seed or ovule. They produce seeds without fruits which means the ovules … Read more 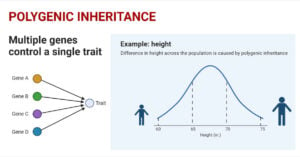 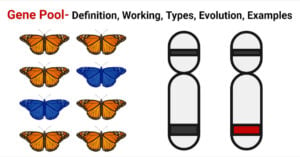 Gene pool refers to the collection of the total genes or genetic makeup that can be transferred in the population of a single species from parent to offspring. The Gene … Read more 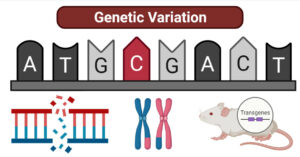 Genetic variation refers to variation (change or difference) of the gene among the members of the same species or individuals. Genotype is the total sum of genetic determinants carried by … Read more