Aspirin is the precursor of traditional Nonsteroidal Anti-Inflammatory Drugs (NSAIDs) and is the most commonly used salicylic acid derivative. Aspirin is considered as a standard to compare other anti-inflammatory agents.

NSAIDs are a group of different chemical agents, that show differences in their antipyretic, analgesic, and anti-inflammatory activities. The mechanism of action of NSAIDs includes the inhibition of the cyclooxygenase enzymes (involved in catalyzation of the first step in prostanoid biosynthesis).  As a result, the decrease in prostaglandin synthesis can cause both beneficial and unwanted effects. 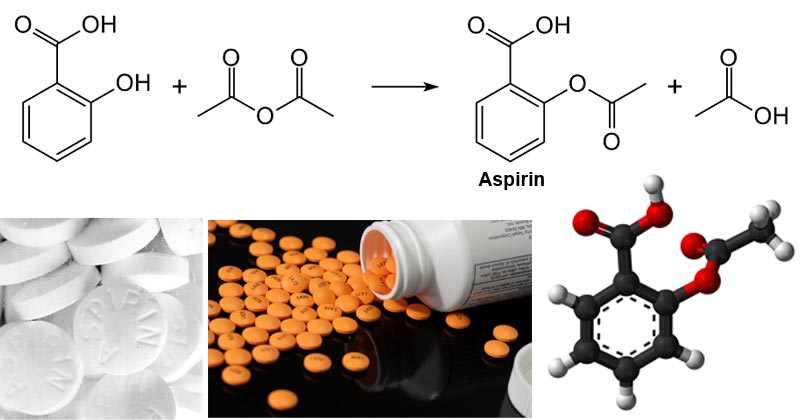