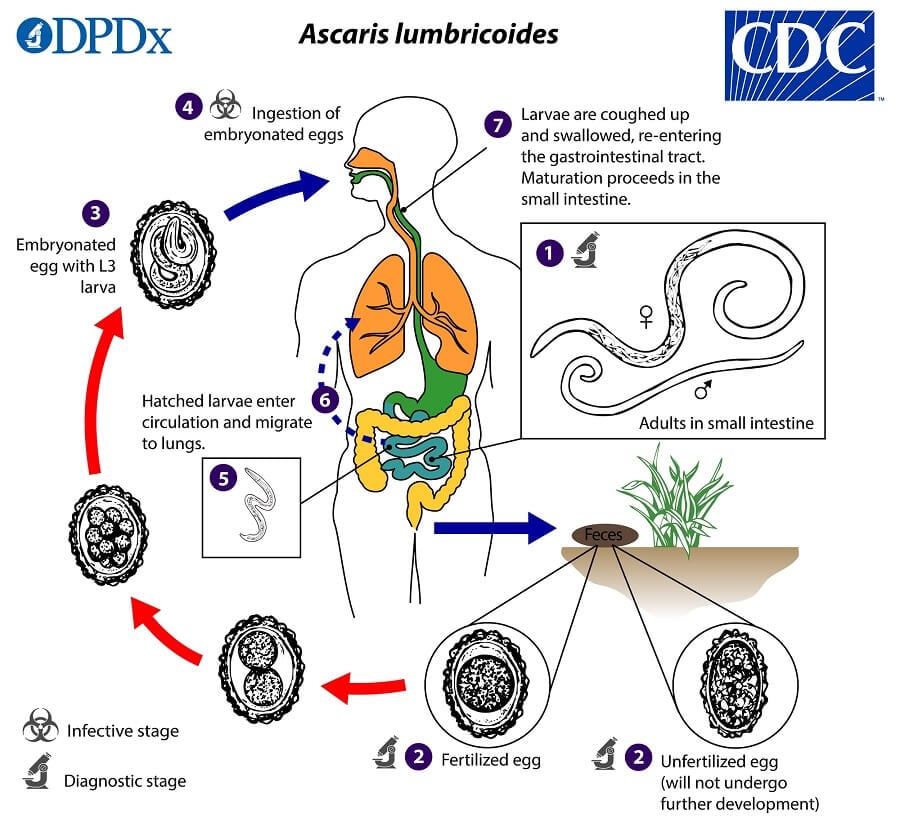 Disease caused by Ascaris is commonly called Ascariasis. There is a greater incidence of Ascariasis in children than adults. Most of the infections caused by them are asymptomatic. the symptomatic Ascariasis are of 2 types. i.e. intestinal ascariasis and pulmonary ascariasis.