ANOVA (Analysis of Variance) is a statistical tool to test the homogeneity of different groups based on their differences. 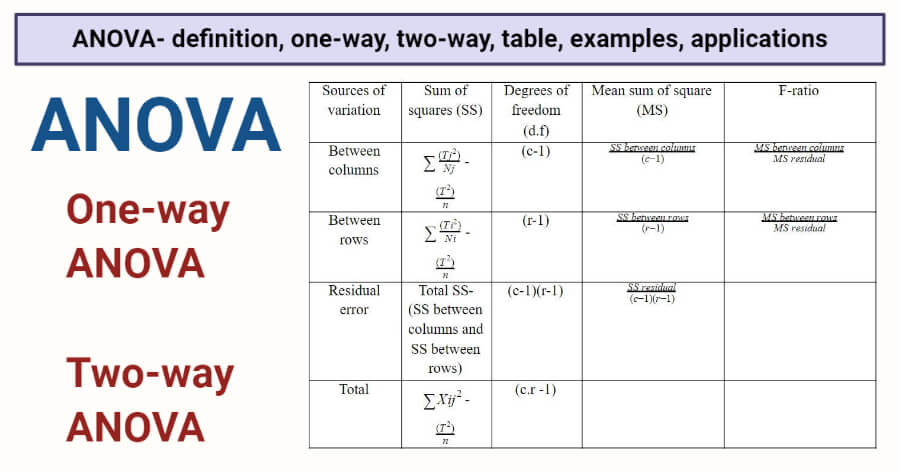 The following is the ANOVA table for two-way ANOVA:

T= the total of the values of individual items

Tj= the sum of the values in the column

Ti= the sum of the values in the row