Habit and Habitat of Amoeba proteus 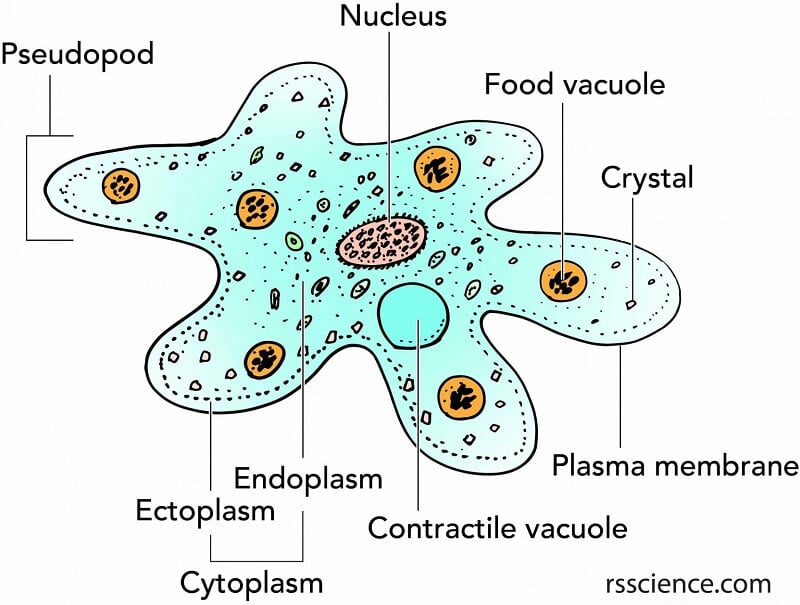 It contains a number of organelles or structures suspended in it. They are the nucleus, contractile vacuole, food vacuoles, and water globule.

If an A. proteus is examined under an electron microscope the endoplasm shows various inclusions characteristics.